Shadow of the Tomb Raider, GreedFall and Man Eater free on PS Plus this month

The January line-up of free games for PlayStation Plus subscribers has been revealed. Starting on the 5th of January, there will be three games up for grabs – one for PS5 owners and two more for PS4 owners.

On the PS5 side, PS Plus subscribers will get access to the PS5 version of Maneater, an action game in which you play a shark seeking revenge on fisherman across an open-world ocean map. This game is also available on PS4 but that version will not be free via PS Plus this month. 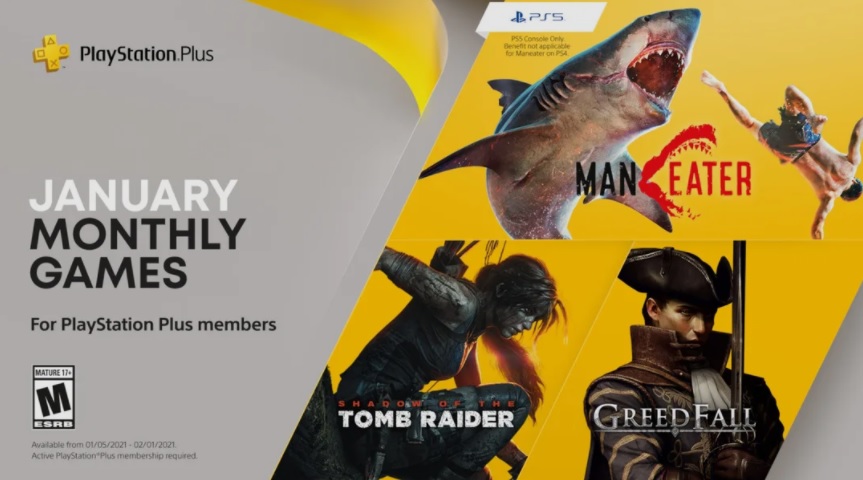 On the PS4 side, there are two free games to look forward to this month. The first is Shadow of the Tomb Raider, the grand finale to Crystal Dynamic's reboot trilogy. The second free PS4 game is none other than Greedfall, the latest RPG from Spiders, set in a 17th century fantasy world.

All three games will be free to PS Plus subscribers on the 5th of January. If you are an early PS5 buyer, then you are running out of time to claim Bugsnax for free, as that game comes off of the free perk list on January 4th.

KitGuru Says: Are many of you subscribed to PS Plus at the moment? What do you think of January's free game line-up?