Earlier this month, Bethesda surprised us all by announcing that it would be bringing both DOOM and Wolfenstein II: The New Colossus to the Nintendo Switch. Now, it seems other major publishers are also looking to bring their full-fat Triple A titles to the console, with Square Enix currently testing Final Fantasy XV.

Earlier this year, Final Fantasy XV: Pocket Edition was announced for mobile platforms and there was some speculation over whether or not the Switch would get this version of the game. However, it seems Hajime Tabata has more ambitious plans in mind and is currently testing the full Xbox/PS4 version of the game on NIntendo’s new console/handheld hybrid. 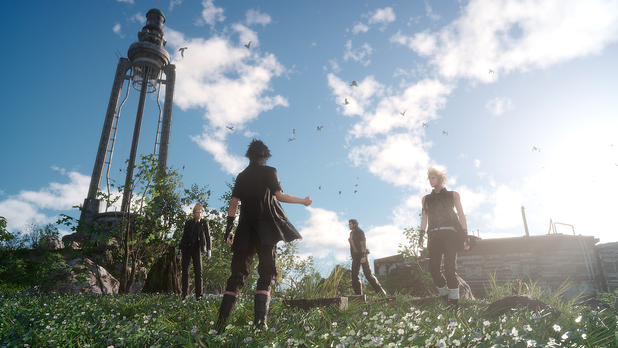 Speaking with Eurogamer this week, Tabata said: “We’re actually doing very specific technical investigations into what’s possible at the moment. Where we are at the moment – we’ve completed those tests and have worked out where the ground lies. We’re currently in the middle of the discussion and debate about what we should be doing, and how to realise that on the Switch. The other thing – you see the mobile version, the PC version, one thing we value is to optimise the way the game plays and the experience for the individual hardware it’s on rather than a one-size fits all approach.”

Currently, the Final Fantasy XV team can’t announce anything specific but tests are ongoing and it seems the interest is there. Square Enix will need to make some cutbacks though as the game could not run well on Switch while running the same native engine as the Xbox and PS4 versions of the game. Right now, Square Enix is discussing things over with Epic Games in an effort to figure out if the Unreal Engine could scale down enough for the full game to come to Switch.

KitGuru Says: Final Fantasy XV is one of those games that I would love to see on the Switch but just doesn’t seem feasible. However, if Square Enix can figure out a way to do it, then that would be awesome. Have any of you currently got a Nintendo Switch? Are there any Triple A games you would like to see appear on the console?