DOOM and Wolfenstein II are both coming to the Nintendo Switch

The Nintendo Switch's Year One game library just got a bit stronger as last night, Bethesda surprisingly announced that it would be bringing both DOOM and Wolfenstein 2 to the console. DOOM will be arriving this year and is the surprise game release Bethesda alluded to last week.

DOOM Switch Is arriving some time during the holiday season and will feature the full single-player campaign as well as multiplayer access via a separate download. SnapMap unfortunately won't be part of the package. 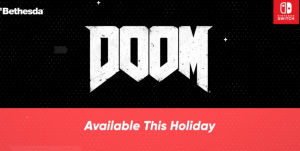 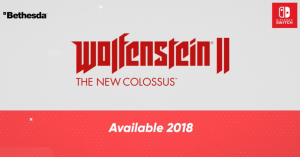 As for Wolfenstein 2: The New Colossus, that will be arriving in 2018, following its launch on PS4, Xbox One and PC on the 27th of October. Needless to say, both of these games were a complete surprise for the Nintendo Switch, particularly given the fact that Nintendo usually steers more towards family friendly gaming.

This should be a good sign for the future too. Bethesda is bringing three of its major games to the Switch during its first year and hopefully, other developers will follow suit with other major multi-platform franchises.

KitGuru Says: I was pleasantly surprised by this news last night. It's crazy to think that we'll be able to run a modern triple-A game like Wolfenstein 2 on a handheld system next year. I'm sure there will be some performance/visual compromises involved but still, it's good to see a publisher like Bethesda making such a big push for Switch support.