The next Deus Ex game is on the way, it is called Deus Ex: Mankind Divided and details of the game just leaked yesterday while Square Enix was hosting an elaborate, strange reveal Twitch stream. The game is set in the year 2029, two years after the events of Human Revolution.

Before the Square Enix teaser stream could end, NeoGAF discovered images and details of the game over on a Russian website. The game is set to launch on the PC, Xbox One and PlayStation 4. You will once again take on the role of Adam Jensen; the game will also play similarly to Human Revolution. 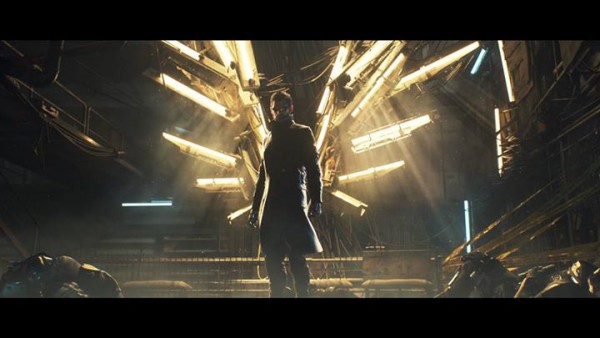 Following the leak, Game Informer magazine revealed that its May cover issue would feature the new Deus Ex game, which will be called ‘Deus Ex: Mankind Divided’. There is no release date just yet but we will probably get some more details soon.

This new game will presumably connect to the Deus Ex Universe project, which will connect future games in the series.

KitGuru Says: Deus Ex: Human Revolution was one of my favourite games back on the Xbox 360, so I am excited that a sequel is finally coming. What did you guys think of Deus Ex Human Revolution? Are you looking forward to the sequel?

Previous Netflix could ban VPN users thanks to updated terms and conditions
Next Gadget Show Live 2015: The weird and wonderful