If you are still using your Stadia Pro trial, or have decided to stay subscribed, then there is some good news for you this week. Today, the Stadia team announced the free games that will be available for Pro subscribers in July.

Crayta is perhaps the big one on this list. It is a creative game, which you can use to create your own levels and areas to explore, it also supports Stadia's ‘State Share' feature, which you can use to create a link that can be shared with other players. Once they open that link, they'll be playing the exact piece of the game that you linked to. This is also a ‘Stadia First', meaning it will be exclusive to Google's cloud platform from July 1st. 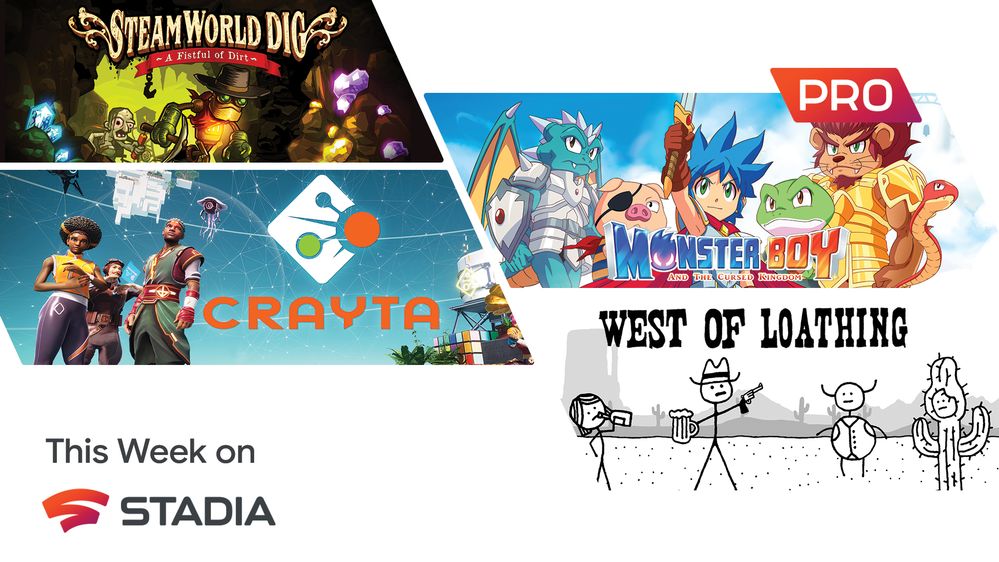 The other three games that Stadia Pro subscribers can expect next month include; Monster Boy and the Cursed Kingdom, SteamWorld Dig and West of Loathing. These games join other recent additions to Stadia Pro, like The Elder Scrolls Online, which launched on the service last week.

Aside from that, the Metro Redux games are landing on Stadia today and Borderlands 3 DLC, Bounty of Blood, is also set to release on Stadia later this week.

KitGuru Says: Are many of you still using Stadia Pro? What do you think of the free games for July?