It is almost that time of the year again, the time to prepare your wallets and dust off your Gaben shrines as the dates for the Steam Summer sale have appeared online, thanks to a leaked update sent out to developers/publishers so they can set their discounts for the sale ahead of time.

While Valve does ask for confidentiality from publishers when it comes to its sale dates, over the last couple of years the word has been getting out a lot earlier, which is partially down to the fact that Valve now takes a more ‘hands-off' approach with Steam, allowing publishers and developers to sort out their own discounts and store pages. 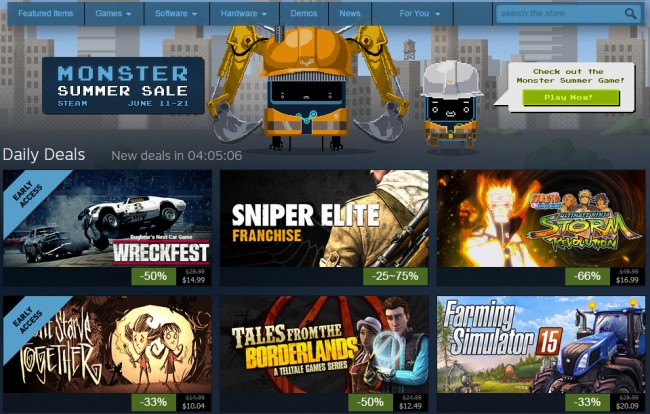 The dates were first posted by a user over on Reddit, with a screenshot of a message that says the Summer Sale will run from the 23rd of June until the 4th of July this year.

Valve has been changing up its sale format quite a bit over the last couple of years so it will be interesting to see what's different this time around. We know that last time flash sales and daily deals went out of the window, which ensured that you could buy a game at any time during the sale and not have to worry about a potentially deeper discount later on.

KitGuru Says: With the removal of flash sales and daily deals, the Steam Winter sale felt a bit mundane compared to usual. Perhaps Valve will change-up the format once again for the Summer sale. Are any of you waiting on the Steam sale? Any games you might pick up?