Aside from E3 dominating the gaming news cycle throughout June, we also had some major game launches in the last few weeks. Not only have we seen the likes of Crash Team Racing Nitro-Fueled, but Nintendo just released one of its biggest exclusives for the year- Super Mario Maker 2, which has debuted at the top of UK charts.

Following on from the success of Super Mario Maker for the Wii U in 2015, Super Mario Maker 2 brings the game over to the Nintendo Switch and expands on the tools available to players and adds in a new story mode. The biggest benefit here of course is the fact that the game is now available on the Switch, which has already outsold the Wii U in lifetime sales, giving the sequel a much bigger customer base to sell to. 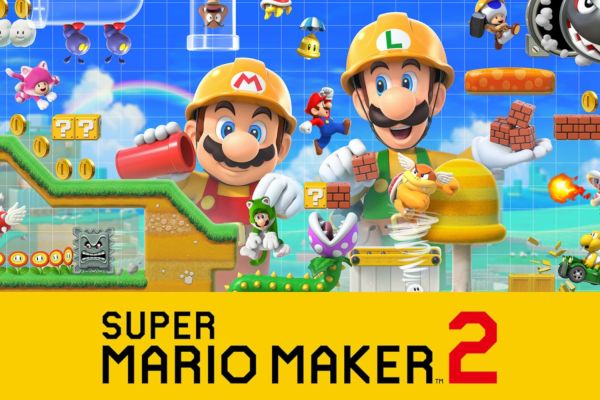 Super Mario Maker 2 has debuted at the top of UK video game sales charts for last week, knocking Crash Team Racing down from its previous spot. The full top ten can be found below:

As you can see, Nintendo is doing incredibly well on the UK market this week. Not only is Super Mario Maker 2 at the top of the physical game sales charts, but Mario Kart 8 and Super Smash Bros Ultimate are both continuing to chart well. Other highlights include Red Dead Redemption 2 and GTA V continuing to pull in big numbers for Take-Two/Rockstar and Assassin’s Creed Odyssey receiving a spike back into the top 10 after dropping out.

KitGuru Says: The weekly game sales charts are always interesting to take a look at. Did any of you pick up Super Mario Maker 2 over the weekend? I’ve grabbed it myself but haven’t got around to creating any levels yet. If any of you have made some, feel free to share them, I would love to take a look!