Techland is putting Hellraid on hold

Dying Light was a well received game, however, a lot of people were more excited about Techland’s next project, Hellraid, which was initially due to release this year. Unfortunately, the dark-fantasy title has been put on hold and will no longer launch this year.

In a statement released today on the Hellraid website, Techland noted that the game was not meeting the dev team’s expectations and as a result, they would rather keep focussing on Dying Light for now. 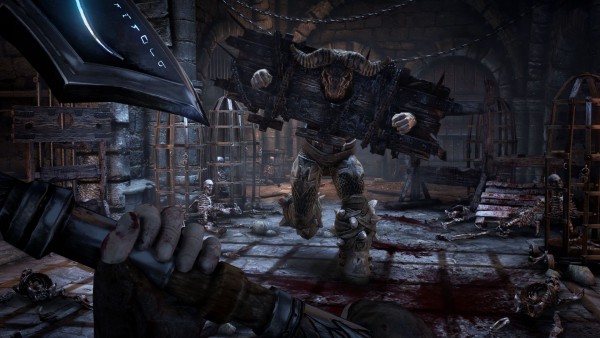 “Dear Hellraid fans, we would like to officially announce that our dark fantasy FPP game Hellraid will not be released this year as previously planned, and the development of the game has been put on hold.”

“In the recent months we conducted an internal analysis and came to the conclusion that Hellraid, in its current shape and form, is not meeting our own expectations for this project. Therefore, we decided the best course of action would be to send it back to the drawing board and invent our dark fantasy title anew.”

While development of the game has been put on hold, it may be revisited in the future and be re-revealed. Howev”r, for now, Techland is focussing on developing the Dying Light ‘franchise’:

“In the meantime, we will consolidate our development resources and focus on further expansion of our Dying Light franchise. We wish to thank all our fans for your support – you’re the best!”

KitGuru Says: Hellraid had a fair bit of buzz around it so it is a shame to see Techland put it ‘on hold’ in order to focus on turning Dying Light in to a franchise.