Telltale announces Game of Thrones and Borderlands based games

The studio behind the popular Walking Dead point and click game, Telltale Games  is on a roll at the moment. Not only does it have Season 2 of that franchise on the way, but it has just announced that it will create two new series: Game of Thrones and Borderlands.

We heard some rumours recently about a possible Game of Thrones game from the studio and many fans were open to the idea, the series would be a good fit for Telltale’s style. The new series will be based on the TV adaptation rather than the books. We didn’t just get one announcement at the VGX awards though, we will also see a ‘Tales of Borderlands’ game which will follow the journey of a group of aspiring vault hunters in Pandora. Borderlands is a bit of a strange choice as it is based on an already existing game rather than a series but considering how great The Walking Dead and The Wolf Among Us came out, Borderlands will probably follow the same trend.

The developer is certainly keeping itself busy, right now we know that the second season of The Walking Dead is being worked on so we can only speculate as to when we will see these new games come out.

KitGuru Says: I hadn’t watched or read the Walking Dead until the point and click adventure had sold me on the series. I must admit, I haven’t got around to Game of Thrones yet either so I’m hoping that history will repeat itself. The thing I am most curious about though, is how this Borderlands game is going to turn out.

Do either of those adaptations get your stomach a’fluttering? 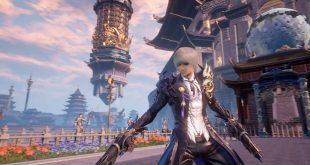