Back in 2012, A group of modders set out to re-create the story of Fallout 1 within Obsidian's Fallout: New Vegas. The mod is known as ‘Fallout the Story', which is currently up on NexusMods, while its development has been quite slow, the page was recently updated with its first gameplay video. Those who played the original Fallout will know that the first two games offer quite a different experience to what we have today.

The original Fallout was an isometric RPG, that kicks off with your character living in a vault. However, the dwellers are running out of water, making it your job to venture out in to the wasteland to find the ‘water chip', which would save the vault residents from death by dehydration. 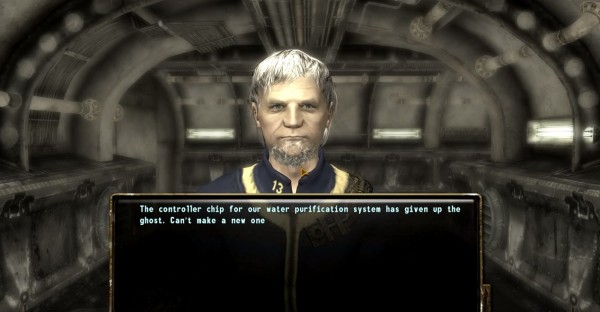 The mod was last updated on the 28th of October with a video showing off some gameplay for the first time. According to the description, some locations are already 100% complete, while others need some work, the same can be said for story quests. The mod implements a new travel system, which will allow players to discover the map of Fallout 1 and feature random encounters.

Most of the creatures have been finished for the mod, but changes are still being made to followers. While Fallout 4 has moved away from some of the RPG elements found in older Fallout games, this mod will continue to use the reputation/karma systems found in New Vegas. You can follow the mod's progress, HERE.

KitGuru Says: This mod has been in the making for a while, so it is great to see that significant progress has been made. It will also be nice to re-visit the series' roots, particularly after Fallout 4, which ditched quite a few of the RPG systems found in earlier games.