Over the last six months, there has been no shortage of politicians and regulatory groups getting involved in the gaming space due to the controversy surrounding loot boxes. The Netherlands Gaming Authority recently conducted its own study of ten games featuring loot boxes, and while the majority of them were deemed to be on the right side of the law, four of them violated the country's gambling laws.

The study found that loot boxes do indeed integrate games of chance in titles that are typically reliant on skill to win. The NGA added that loot boxes in games “where the in-game goods” are transferable and can be traded, “fall under Article 1 of the Betting and Gaming Act”. This essentially means that the style of loot box found in games like CS:GO are prohibited in the Netherlands. The study also adds that it found that some in-game loot boxes were akin to ‘small scale Bingo', while others were presented more like a slot machine, with specific visuals, sounds, the ability to ‘cash out' and a near miss effect to make players feel like they are close to winning. 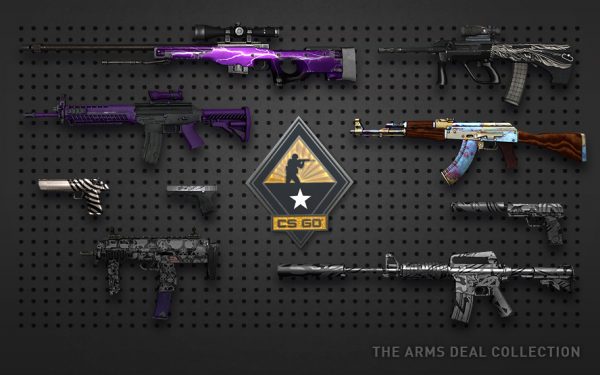 The core issue seems to be that once you assign a monetary value to something found inside of a loot box and make it tradable, then in the Netherlands, that would be enough to deem it gambling. The NGA adds that it has “not yet received any signals” that players are getting addicted to loot boxes on a large scale but also acknowledges that the ‘risk potential' from opening loot boxes is between moderate and high.

The study unfortunately doesn't name which games it studied specifically. However, it has informed the four publishers violating on its laws, warning that “enforcement action” will be taken if adjustments aren't made by the 20th of June.

KitGuru Says: It looks like there are some crackdowns being made against some in-game loot boxes, although only a handful of games allow for item trading, so most will be safe. In this scenario, a game like Overwatch would be unaffected, but CS:GO would have issues. Do you guys think the Netherlands Gaming Authority came to the right conclusion?