The Steam Winter sale is officially here and will run all of the way through until the 2nd of January! The sale has kicked off with daily deals on titles like Metal Gear Solid V: Ground Zeroes, Euro Truck Simulator 2, Space Engineers, Dark Souls II, Sniper Elite III, State of Decay and the recently released Sid Meier’s Civilization Beyond Earth.

The 12 hour deals include Injustice: Gods Among US, Styx, Damned, Flight Simulator X, Speed Runners and The Rise of Caesar. There are plenty of other discounts to be found on the store if you don’t feel like waiting for a flash sale or daily deal but we do recommend you hold out just in-case. 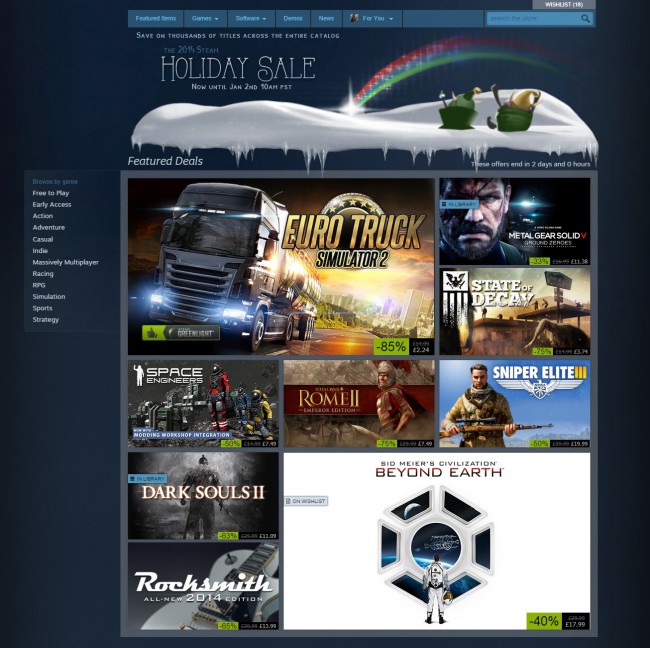 There are reports of issues with the Steam store right now so you might want to give it an hour or so, the servers are being hammered with people and there is no sign of it getting better just yet.

KitGuru Says: The Steam Sale has kicked off! Are there any titles you guys are looking to pick up this year?