The Witcher 3 has been talked about a lot over the past week and with good reason, the game turned out to be very good. However, CD Projekt Red doesn’t want you to just forget about the game once you have beat it so in order to keep players coming back, the team is releasing 16 free DLCs over the next few months.

The first two free DLC packs launched last week, adding in a Temerian Armor set to the game alongside a barber shop to allow you to give Geralt a different haircut. This week, CD Projekt Red has two new goodies, in the form of a new Witcher contract that will see you tracking down some missing miners alongside a new alternative look for Yennefer, Geralt’s new love interest. 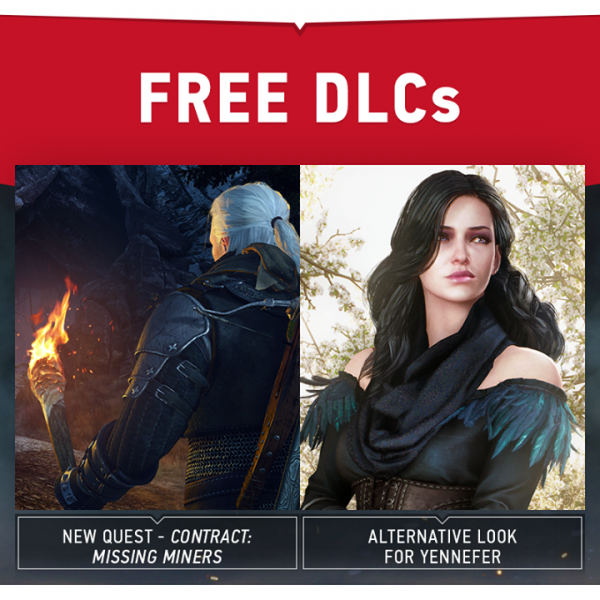 These 16 DLCs are all planned to be smaller bits of content designed to keep you checking in to The Witcher every so often following launch. The first big bit of additional content will be coming towards the end of this year in the form of a new ten hour long expansion.

This will be followed up by a second expansion next year, setting you out on a 20-hour adventure in a new land not currently in the game.

KitGuru Says: CD Projekt Red has a pretty good plan in place to support The Witcher post-release. It is refreshing to see a game developer willing to support a game to this extent, particularly a single player game.