CD Projekt Red has been teasing us with its first expansion for The Witcher: Wild Hunt for some time now. It has taken a while but the developer is finally ready to talk a bit more about it, launching a new trailer and setting a release date for very soon indeed. The first of two planned expansions for The Witcher, titled ‘Hearts of Stone’, will launch on the 13th of October.

We even have a teaser trailer for it. Over the course of this ten-hour adventure, players will be returning to Velen, this time on the hunt for a ruthless bandit captain, Olgierd von Everec, a man who possesses the power of immortality. 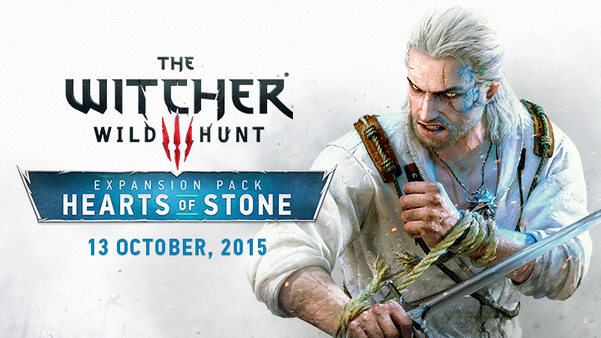 Aside from the extra story, some new gameplay elements will also be introduced to the game in the form of Runewords, a brand new system. Each Runeword will impact a different aspect of in-game mechanics and will allow the players to experiment with various strategies and tactics.

There will also be new monsters, a new love interest and ten hours of extra story content, though all of the quests will be aimed at players who are level 30+. Hearts of Stone will come as part of the £20 expansion pass, though it will be purchasable separately as well.

KitGuru Says: Hearts of Stone is actually arriving much sooner than I expected. How many of you beat The Witcher already? Will you be jumping back in for the first expansion?