There have been more than a few ‘miracle ports’ on the Nintendo Switch since launch. DOOM, Skyrim and Wolfenstein II: The New Colossus were at the top of the ranks until October, when The Witcher 3 and both of its major expansions came to the Switch on a single 32GB cartridge. Getting the game running on such limited hardware was no easy task though, in fact, the game originally ran at 10 frames per second.

Speaking with Venturebeat about the process of bringing The Witcher 3 to the Switch, Saber Interactive CEO, Matthew Karch, explained that initially, the Switch version was “running at 10 frames per second, was taking 50% more memory than the Switch has, and the build size was 20GB larger than the biggest Switch cartridge”. When faced with a situation like that, it might be easy to rule a proper port out entirely, but Saber Interactive came up with some clever workarounds to boost performance to an acceptable level. 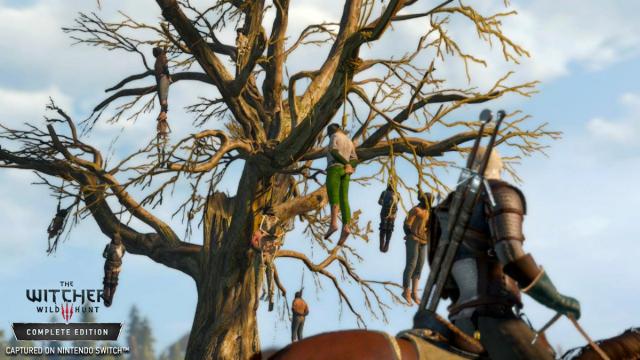 Deciding on cutbacks is a delicate process on its own, as some things were “really essential for the look and feel of the game”. That is why things like NPC counts remain the same across the Switch, Xbox One and PS4 versions of the game, as cutting NPCs back would make the world feel much more empty.

“We went back and targeted other areas to optimize, like the in-game animation, AI, rendering, cloth simulation, etc. In those instances, the process was less about deciding what to sacrifice and more about solving how to keep the things the game really needed.”

Ultimately, one of the biggest changes made was to shadow rendering, with Saber creating a new way for the game to calculate shadows from the sun using a mix of static shadowmaps, terrain lightmaps and dynamic shadowmaps to save on performance while remaining true to the game’s original look. The algorithm for how foliage is generated was also re-written, in addition to level of detail for trees.

KitGuru Says: Hearing about the process that goes into bringing some of these huge games to the Nintendo Switch is always interesting. I’ve been playing The Witcher 3 on Switch myself, it really is an impressive conversion, especially in handheld mode. Have any of you tried The Witcher 3 on Switch? How do you think Saber did on the port?