The Witcher 3 wouldn’t have been possible on Previous consoles

The Developer behind The Witcher RPG series, CD Projekt Red, has come out to explain why the latest game in the franchise won't be coming to last generation consoles, why The Witcher 2 didn't come to the playstation 3 as well as why we won't see many differences between the PC and console versions of the Witcher 3: Wild Hunt.

While talking to MCV India, CD Projekt Red CEO, Marcin Iwinski, explained why the team ruled making Xbox 360 and Playstation 3 versions of The Witcher 3: Wild Hunt: “It’s impossible. It would have to be a different game–a smaller game, not an open-world game, or with terrible loading times, with sacrifices in graphics,”

The Witcher 2 was one of the best games to come out on the Xbox 360, it really pushed the console to its limits and showed that it was still a capable console but unfortunately for PS3 owners, the game couldn't arrive on the platform due to time constraints, it would have taken far too long to figure out how to create the game on Sony's architecture:

“The Witcher 2 on PC was so big that making it work on Xbox 360 took us a year.” Iwinski said.” The Xbox 360 was a more powerful and easier-to-code-on platform than PS3, so that would have taken us another year or year-and-a-half. Would it be so exciting for people to wait so long? And also, this would delay The Witcher 3 because we would have to put most of the team on it. We’d already made some sacrifices in the graphics for the Xbox 360 version. 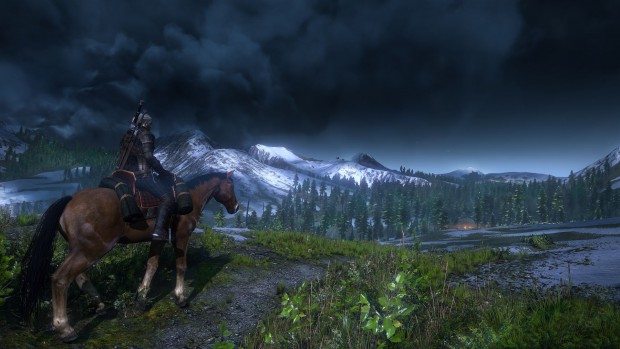 While the Playstation 3 was difficult to code for, CD Projekt Red have found the new consoles much easier to deal with due to their x86, PC-like architecture. As a result, the new game will be coming to both the Xbox One and the Playstation 4 but we won't see such a dramatic graphical difference between the console and PC platforms like before: “On the consoles, the difference will not be huge because they’re actually brand new PCs. So I think gamers on each platform will get an extremely good experience and they should be very satisfied with the quality.”

KitGuru Says: The Witcher series is one of my favourites and I'm pretty excited for the new game which will come out later this year. Did you guys enjoy either of The Witcher games?