Home / Software & Gaming / There are ‘plenty of stories’ left to tell in Doom series, Eternal set to get more updates

There are ‘plenty of stories’ left to tell in Doom series, Eternal set to get more updates

While Doom Eternal's latest expansion, The Ancient Gods Part 2, wraps up the story arc that began with Doom (2016), it is not the end of the series as a whole. The folks at id Software already have some ideas for future games, as well as plans for additional updates to Doom Eternal.

Speaking in an interview with Polygon this week, Doom creative director, Hugo Martin, shared some insight as to where the series might go next, stating that “there are more stories to tell with the Doom Slayer, for sure.” 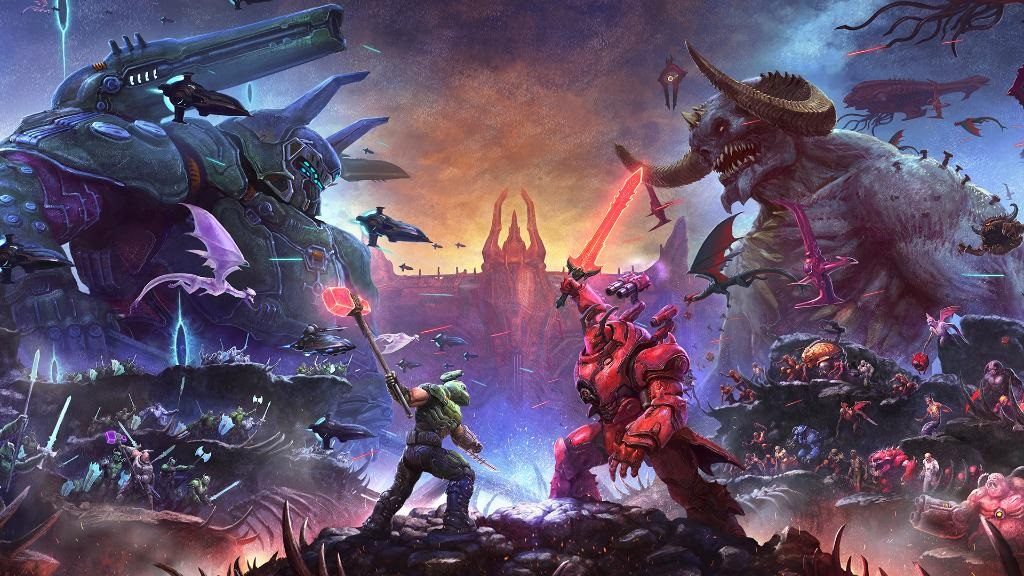 Elaborating on that point, Martin explains that some of the ideas presented in Doom Eternal's DLCs could be used for future games: “Could we tell a story about when [the Doom Slayer] first came to that place with the Sentinels, almost like a more medieval setting, a fantasy setting? I think as you play the DLC, too, you’ll see lots of hints of what we could do moving forward. Maybe even in the future. Again, our hero is somewhat timeless — I mean, literally, he’s immortal. So we could tell all kinds of stories.”

Doom Eternal won't be getting new campaign expansions, story ideas will be saved for the next game. However, work on the current game is not over yet. Marty Stratton and Hugo Martin have both confirmed that there will be more Doom Eternal updates later this year, so perhaps we'll see multiplayer expanded. DOOM Eternal was also supposed to get ray-tracing at some point, so that's another potential future upgrade.

KitGuru Says: What would you like to see added to Doom Eternal in future updates? Have any of you finished the latest campaign expansion yet?