There is apparently a new Bioshock game in the works

Since the release of Bioshock Infinite, the franchise has been dormant, sitting in 2K's back-catalogue. That could be set to change in the future, as reports this week indicate that a new game is currently in the works, under a new team.

The information is thin, but in a recent Kotaku report surrounding Hangar 13 and its troubles developing Mafia 3, some brief information on a new Bioshock was dropped. According to the report, there is a secret project under way at one of 2K's studios codenamed ‘Parkside'. This is supposed to be the next Bioshock game. 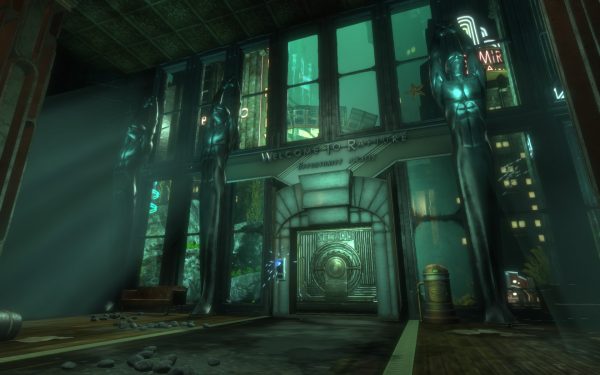 Currently, the Parkside development team is being kept small, which was disappointing to some Hangar 13 members as once Mafia 3 shipped, many of them wanted to jump over to the team and work on Bioshock. One source in particular said that “Parkside's not ready for lots of people”, indicating that development is still in the experimental phase.

News in future Bioshock has been quiet since the 2013 release of Infinite. To top that off, Bioshock creator, Ken Levine, also left 2K to start his own studio. The series had a brief resurgence in 2016, when the Bioshock Collection was released, containing remasters for the first two games, and bringing Infinite to current gen consoles.

KitGuru Says: The Bioshock trilogy seemed to wrap up nicely, so I'm not sure that there needs to be a new game in the series. Still, it will be interesting to see where things go if a new game is in the works. Did many of you play the original Bioshock games? Would you like to see the series come back?