CCP Games has permanently banned three Eve Online players for defacing the Eve monument, according to the game’s Community Manager, “CCP Falcon”. The monument was unveiled a week ago, kicking off Eve Fanfest 2014, shortly after the monument was vandalised with a removable sticker of the insignia of the Goonswarm faction.

Aside from the sticker, another player bragged on Twitter about scratching out the name of another player on the statue, CCP Falcon said that the defacing of the monument was an insult to the entire Eve community. Eve players, in conjunction with Falcon tracked down the three people responsible, they were then permanently banned from the game. 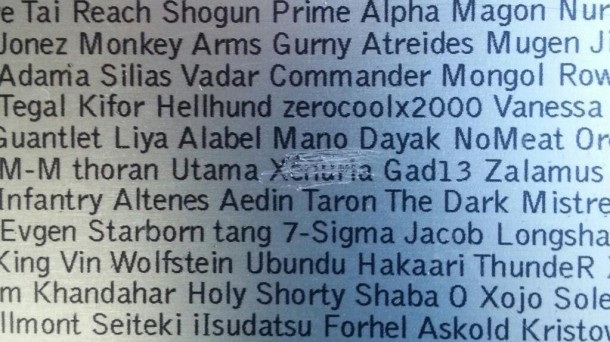 CCP Games will “continue to operate a zero tolerance approach to dealing with harassment and victimization in the Eve Universe.” Many Eve players wanted to know the identities of those who defaced the statue but that won’t be happening, Falcon stated in a blog post: “While the community has been justifiably outraged and a number of people have requested that we release the in-game identities of those who carried out the act, we feel that this would be contrary to our privacy policies. As such we will deal with this incident in line with our current policies, and the identities of those responsible will remain confidential.”