Turtle Rock has been quietly working away on its next game, Back 4 Blood, for some time now. After the shutdown of Evolve, the team decided to return to its roots, with Back 4 Blood billed as a spiritual successor to Left 4 Dead. Now, we have a brief look at the game via new concept art.

Back 4 Blood was first announced in March 2019, at which point, Turtle Rock was still hiring for key positions. As you might expect, this is a cooperative shooter pitting a squad of humans against hordes of zombies. 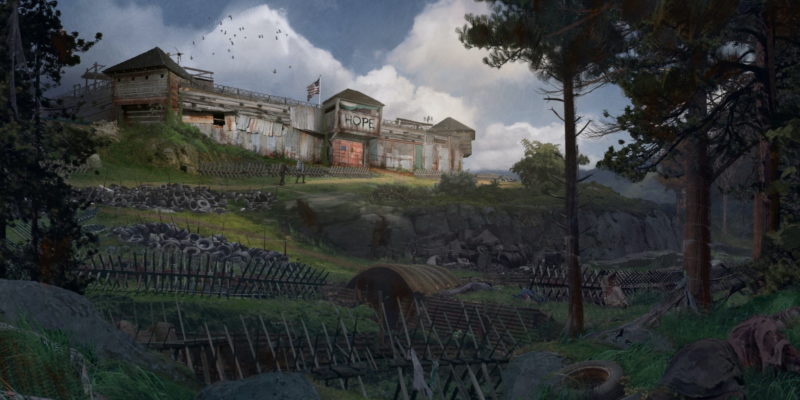 In the image above, you can see the first publicly released piece of concept art for the game. Clearly, we are staring at a fort with defences set up around the perimeter to keep the zombies at bay.

This gives us very little information about gameplay, but we will hopefully hear more soon. Back 4 Blood is set to be published by Warner Bros Interactive Entertainment, although they might be acquired in the future, with Microsoft, Activision and other publishers rumoured to be amongst those interested.

KitGuru Says: Titles like Vermintide and World War Z have been scratching the Left 4 Dead itch in the years since Left 4 Dead 2. Perhaps Turtle Rock can bring something special to the table here by shaking up the formula a bit. Either way, we'll be waiting a while longer to learn more.

Previous New video codec offers H.265 quality at half the storage space
Next Reports hint at specs for upcoming RTX 3070 and RTX 3070Ti