Ubisoft has been interested in bringing its bigger franchises to mobile for a while now. The publisher's last attempt, Tom Clancy's Elite Squad, didn't go down so well and was quickly shut down. Now, Ubisoft is preparing its next attempt, with a mobile version of Rainbow Six Siege.

According to Tom Henderson in an exputer report, Ubisoft is developing Rainbow Six Siege Mobile in collaboration with Tencent subsidiary, WeGame. The game first appeared in rumours last year after a closed playtest took place, and were furthered when Tencent listed “projects with Ubisoft” during a quarterly earnings report. 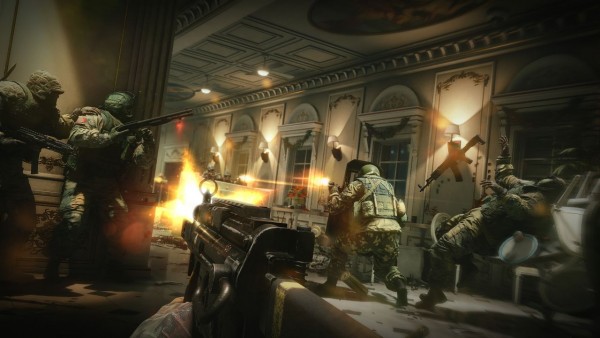 Specific details on the game are still thin, but one source claimed its a game that “Siege fans will love”. This would mark the latest in Ubisoft's efforts to further the Rainbow Six Siege brand. In January, Ubisoft also released a PvE-focused spin-off to Siege, known as Rainbow Six Extraction.

This follows on from recent rumours of an Ubisoft games showcase in the coming months. During the event, we expect to see updates on a broad range of Ubisoft games, including Assassin's Creed Infinity, Splinter Cell Remake, Prince of Persia: The Sands of Time Remake, Beyond Good and Evil 2, Avatar: Frontiers and more. Apparently, Ubisoft will be revealing details for Rainbow Six Siege Mobile on the 6th of April.

KitGuru Says: We've seen mobile spin-offs go badly plenty of times in the past, but some shooters have managed to break through, including the likes of Fortnite and Call of Duty. Whether or not Rainbow Six Siege can successfully make that transition remains to be seen.