The Witcher 3 is a massive game with plenty of character relationships to explore. Those who have played the game will know that Geralt has two main love interests throughout the game and it looks like an upcoming patch is going to expand on your dialogue options for that.

A while back, somewhere between patch 1.06 and 1.07, CD Projekt Red teased that it would be expanding your dialogue options with Triss. Since then, not much else has been said about those plans until now. Speaking with Kotaku, the developer revealed that it will be adding additional dialogue for both Triss and Yennefer in an upcoming patch for the game. 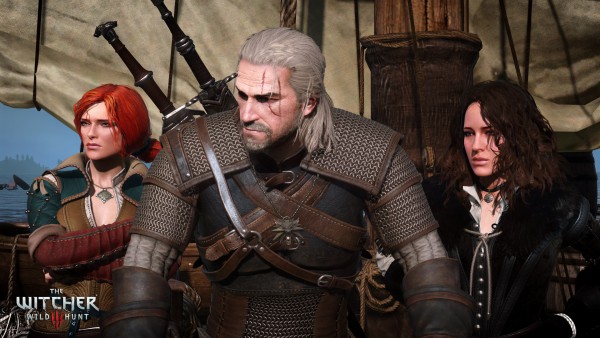 “We’ll be adding some additional dialogue for Triss and Yennefer in the upcoming patch due to the fan feedback. We’ve read many opinions on our forums where gamers weren’t satisfied with the way their romance choices were fleshed out, so we wanted to change that by adding some extra conversational options.”

CD Projekt Red has been giving The Witcher 3 a ton of support following its launch, with eight patches out so far along with 16 free DLCs. There is also going to be a ten hour expansion arriving next month called Heart of Stone, though we don’t have a release date on that just yet.

KitGuru Says: I was actually holding off my second playthrough of The Witcher 3 until these new dialogue options were added in when I first heard about it some time ago. However, several weeks went by with no news and I lost my patience and started again. However, I am very interested to see what they add to the Triss and Yen dialogue. I think the Triss romance in particular could have done with some extra attention. Who did you all pick while playing The Witcher 3? I went with Triss myself after playing the first two games through with her.