Today Compulsion Games, the studio behind the 2013 title, Contrast, launched a Kickstarter campaign for We Happy Few, a new game focusing on paranoia and survival in a dystopian British city in 1964. While with most Kickstarter games, you would have to wait months before trying it out, early backers of We Happy Few will be getting early access to a pre-alpha version of the game.

The campaign launched just a few hours ago and has already raised over $25,000 towards its $250,000 (CAD.Canadian dollars) funding goal. The whole setting for the game is quite interesting, set in southwest England in 1964, in Wellington Wells, a city haunted by ghosts of the past from an alternate universe in which Germany won the world war. 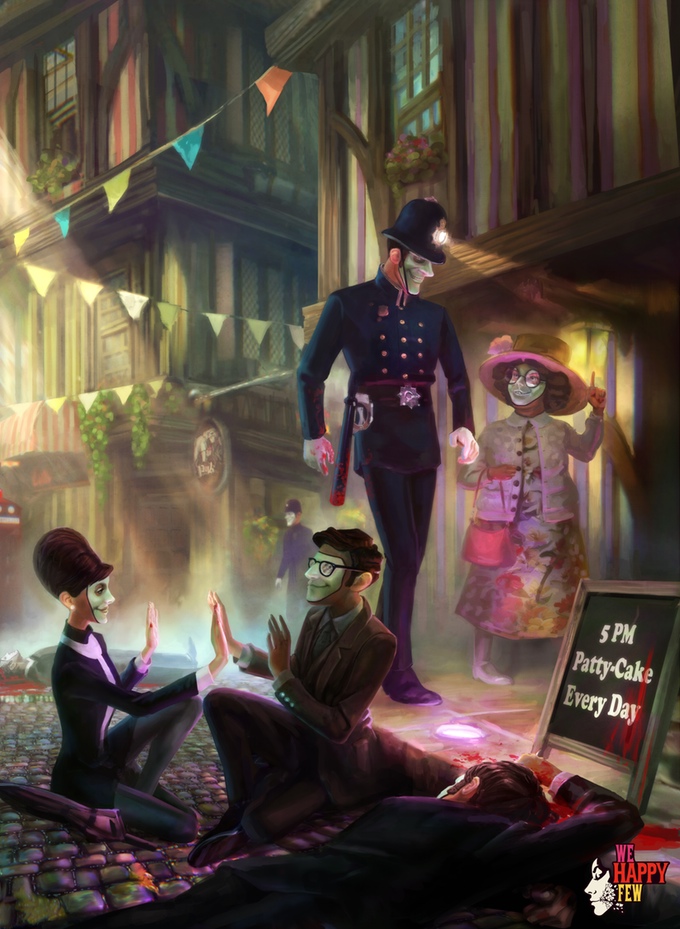 We Happy Few is the tale of a plucky bunch of slightly terrible people trying to escape from a lifetime of cheerful delusion. Set in a drug-fuelled, retro-futuristic city in an alternative history 1964 England, you’ll have to blend in with its other citizens, who don’t take kindly to people who don’t abide by their not-so-normal rules.

Progressing through the game unlocks new playable Downers. The protagonists’ stories all weave into one another, and as you piece together the narrative, you’ll come to understand how these characters are dealing with the ghosts of their past.

If you pledge $25, then you will get the game free either DRM-free or through Steam depending on preference. This is the early bird tier though, once those run out, then you will need to back $30. $40 will get you the digital collector edition, while $60 will get you access to a pre-alpha version of the game.

There are a lot more rewards for higher tiers, going all of the way up to $5000, you can check out the full Kickstarter, HERE.

KitGuru Says: We Happy Few seems to have some pretty interesting and unique ideas, particularly the setting. Have any of you guys seen anything about this game yet? There has been some footage floating around for a month or two.