World of Warcraft is getting ray-tracing

Some of the biggest games in the world have been implementing ray-tracing in the last year, including the likes of Call of Duty: Modern Warfare and Minecraft. Now, World of Warcraft is going to be joining that group, as shown by a recent update to the alpha for the MMO’s next expansion.

The World of Warcraft: Shadowlands expansion is currently in alpha and the latest update added a new ray-traced shadows option to the graphics menu with fair, good and high settings. Each setting adjusts the resolution of ray-traced shadows and local light sources. 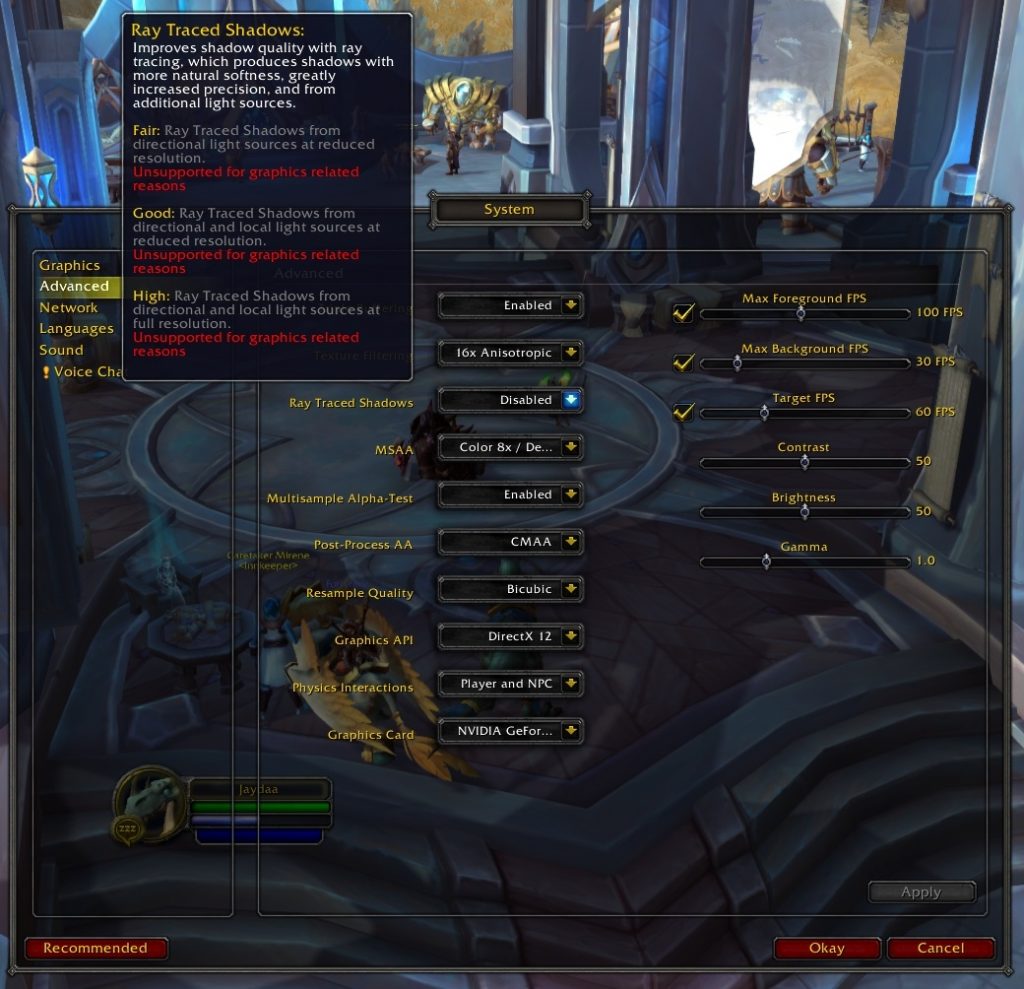 Unfortunately, the setting can’t be turned on yet, but hopefully we will get our first look at it in action soon. This isn’t the only graphical update coming to WoW with the next expansion either, as Blizzard is also updating character creation and models to create more diversity.

World of Warcraft: Shadowlands is currently on track to release this Summer. A more specific release date should be announced soon.

KitGuru Says: I’ll be looking forward to seeing this in action, although ray-traced shadows is a much more subtle effect compared to reflections, global illumination, emissive lighting etc.

Previous GeForce Now gets support for DLSS 2.0
Next Notebooks expected to be in short supply by end of May