Normally when purchasing a console, you end up with trials for online services and in many cases, code to be redeemed for a game or two. Filling out these codes and redeeming them can be a lengthy process, but it is one that may soon be going away, as Microsoft has a new ‘Digital Direct' program.

Digital Direct automatically comes with the option to redeem your games and various service trials during the initial setup process for the console. You can claim things there and then, or hit the ‘decide later' button to claim at a later date. 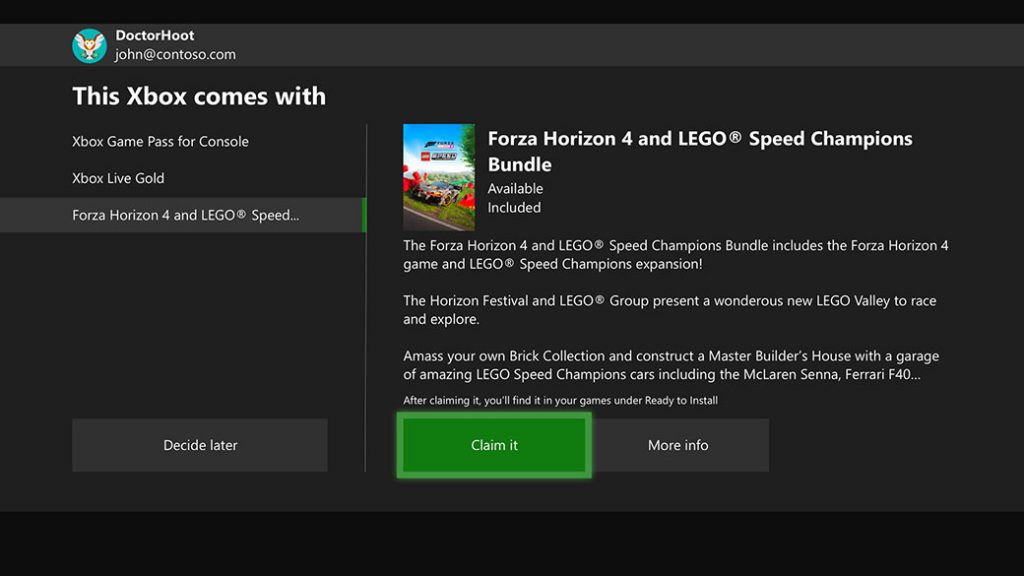 This does come with the benefit of not having to waste time inputting strings of numbers and letters, but it does also remove the ability for you to buy a bundle and then sell one, or all of the games it came with if they don't actually interest you.

Bundled content will be embedded directly on each console and when claimed, they will be tied to the Microsoft account signed in at that point. So you wouldn't be able to sell the console later and have those codes be redeemable again by the next person who owns it.

KitGuru Says: This would certainly be a preference to me, but it is also a shame to lose the ability to sell codes for games you didn't necessarily want. What do you guys make of this new Digital Direct scheme for console bundles?