We've officially entered the second half of January, which means it is time for another Xbox Game Pass announcement. We've already had one batch of games hitting the service on the 7th and 14th of the month. Now we have a new batch of games coming on the 21st and 28th, headlined by Control, The Medium and Yakuza: Remastered Collection.

On the 21st of January, the following games will be joining Xbox Game Pass: 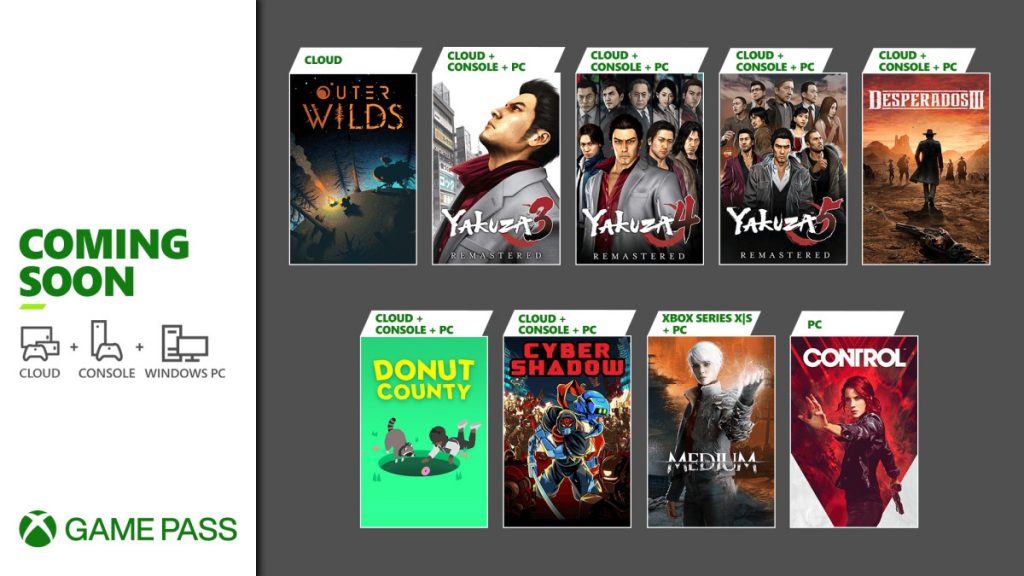 On the 26th of January, Cyber Shadow will be coming to Xbox Game Pass across PC, Console and Android. That brings us up to the 28th of January, when Xbox Series X/S and PC exclusive ‘The Medium' launches – the first day-one Game Pass game of the year. Alongside The Medium, we'll also be getting the Yakuza Remastered Collection on Game Pass accessible through PC, Xbox One/Series consoles and Android. The Remastered Collection includes touched up versions of Yakuza 3, Yakuza 4 and Yakuza 5.

Unfortunately to make room for new games, older titles have to be cycled out. On the 29th of January, the following titles will be leaving Game Pass:

In a couple of weeks time, we'll get to see what the Xbox Game Pass team has in-store for us in February.

KitGuru Says: What do you all think of this month's additions to Xbox Game Pass? Will you be playing anything in particular?

Previous Team Ninja has ‘no plans’ for Nioh 3
Next Ninja Theory shows off ultra-realistic visuals in Project: Mara developer diary