Valve's next big hardware launch, the Steam Deck, is coming in just a matter of days, with the first units set to ship out to pre-order customers this week. Before you pick up a Steam Deck, Valve has now released a tool so that users can check how many games in their library are rated as ‘compatible' with the handheld.

Valve has been working its way through Steam's massive library of games for months, rating each one with compatibility for the Steam Deck. The ratings are intended to show gamers which games will work well on the handheld, which ones work but may have issues, and which titles are completely unsupported. 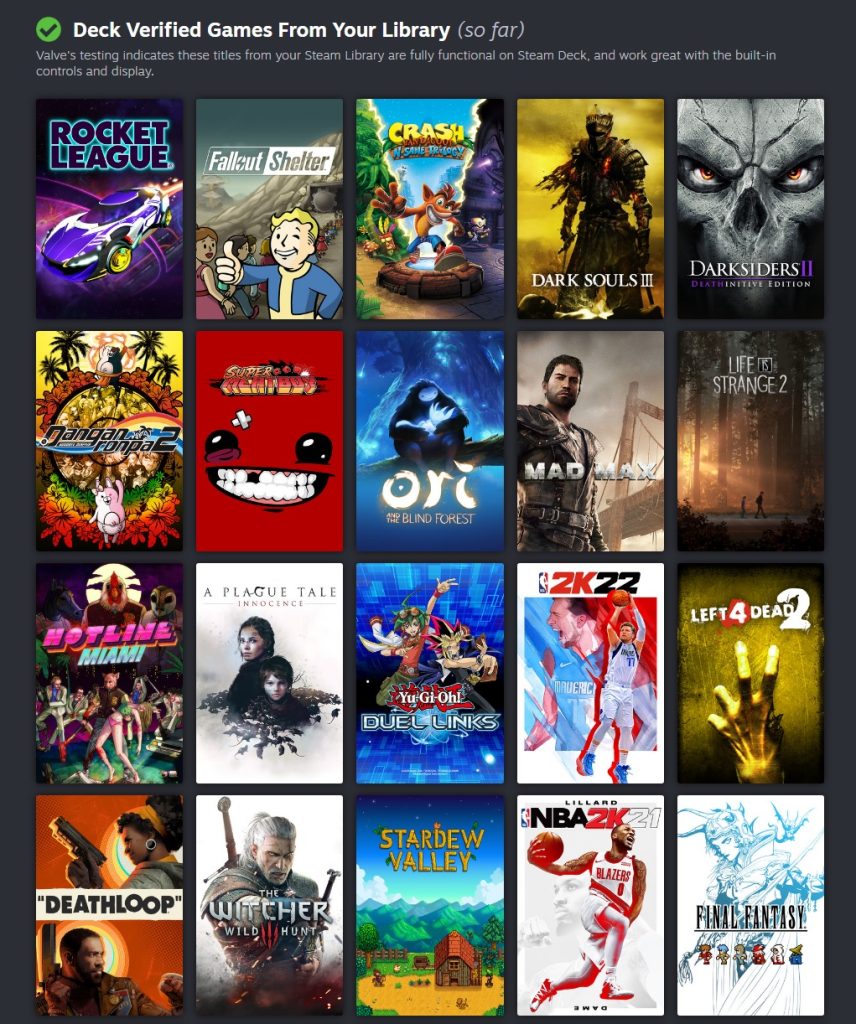 If you want to check how much of your Steam library is compatible with the Deck, you can now head over to the Steam Deck Compatibility page, log in with your Steam account and you'll immediately see a full list of games from your library that are compatible.

In my case, 73 games out of my 600+ Steam game library are fully Steam Deck Compatible, while I have 67 games rated as ‘playable'. The remainder of my library is currently listed as unsupported on the Steam Deck. However, it is worth noting that the Steam Deck is not a walled garden, users will be free to tinker freely, so we expect to see community workarounds for some titles. Additionally, Unsupported can also mean that Valve hasn't tested a certain game yet, so it doesn't necessarily mean a title won't run on the system.

KitGuru Says: Did many of you put a pre-order in for the Steam Deck? How much of your library is currently compatible with it?