One of the great things about the original Dishonored was its replay value, with different powers and play styles encouraging multiple playthroughs. Now, it looks like that aspect has been amped up in Dishonored 2, with the sequel’s co-director claiming that you may need to play the game twice just to fully grasp everything the game has to offer.

Speaking in an interview with Finder, Arkane Studios co-founder, Harvey Smith explained how character selection will work in Dishonored 2: “At the beginning of the game you play as Emily for a moment; so you see Emily no matter what. Then there is a branching moment and you choose either Corvo or Emily, and you are stuck with that for the rest of the game”. After choosing which character to continue on as, the other character is left behind, so you are committed from that point on. 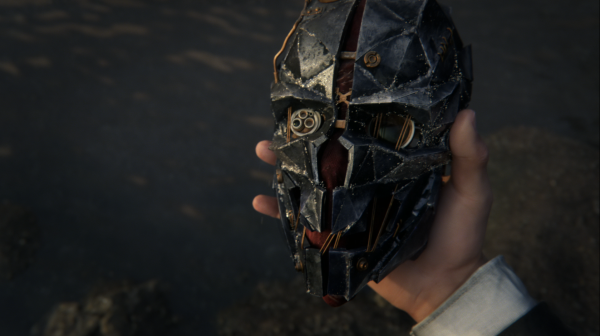 If you want to see all the game has to offer though, then multiple playthroughs are encouraged: “You probably only see 25% of the game if you play it once. There’s a path on the right; a path over the roof; a path on the left; or maybe you just possessed a fish and swam around in the river. And you can’t do all of them; you have to choose one. Plus you can play violently, or sneakily, or a combination of the two.”

“Every time you play Dishonored 2 it is different as you find different paths, buy different powers, go high or low chaos and play as Corvo or Emily. Also, when The Outsider offers you his mark, you may say no. In Dishonored 2 there is even more reason to play it again. And I think players won’t understand Dishonored 2 till they play it twice, because there is so much overt conversation that you can miss, and lore to read and even just understanding the environment’s impact on the storytelling.”

So if you are planning on picking up Dishonored 2, you may want to brace yourself for an extra playthrough. Dishonored 2 comes out on PC, Xbox One and PS4 on the 11th of November.

KitGuru Says: I played through the original Dishonored several times, so the fact that the sequel is encouraging that even more is great news to me. I do hope that there are some story differences depending on who you play through the game as though. Are any of you planning on grabbing Dishonored 2 in November?

Previous be quiet! Silent Loop 240mm All-in-One Liquid CPU Cooler Review
Next You will need an account to stream iPlayer shows from 2017