As part of E3 2021, Microsoft revealed that the promised next-gen versions of DOOM Eternal would be coming later this month. Furthermore, the team at id Software provided multiple modes for each console (including PS5), allowing players to experience DOOM Eternal at up to 120fps.

Making the announcement as part of the Microsoft and Bethesda E3 2021 conference – though later detailed in a blog post – the next-gen versions of DOOM Eternal will be coming to the PS5, Xbox Series X|S, as well as an upgraded version for PC on the 29th of June.

On Xbox Series X, players will be able to choose between three modes:

The Series S will only include two modes, with ray-tracing not being made available:

Finally, despite being bought by Microsoft, id Software is also releasing an upgrade for PS5 players, offering near parity with the Xbox Series X: 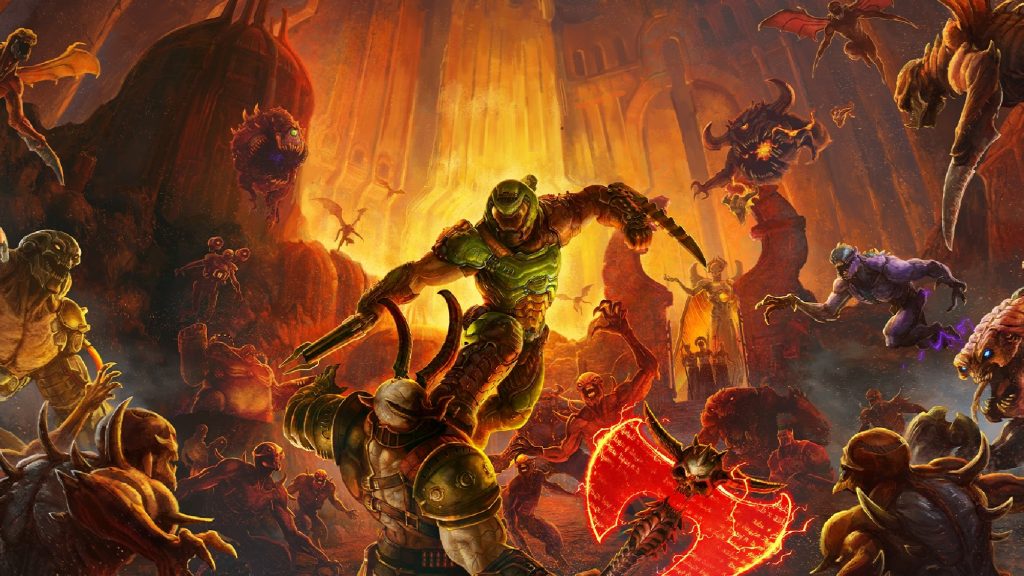 PC users will also notice upgrades on their systems, with ray-tracing being made available to those with powerful enough GPUs.

Finally it is worth noting that these systems will operate with dynamic resolution scaling, meaning that in intense moments the resolution may drop slightly for the sake of maintaining a stable frame rate.

KitGuru says: What do you think of these detailed upgrades? Have you played DOOM Eternal? Which of the three modes would you pick? Let us know down below.