Microsoft is continuing to add more and more titles to its lineup of Game Pass offerings, fleshing out the subscription service with new games on a monthly basis. For the month of August, subscribers can look forward to over a dozen games, including Final Fantasy VII HD and Flight Simulator.

The full list of games coming to Game Pass for the month of August are: 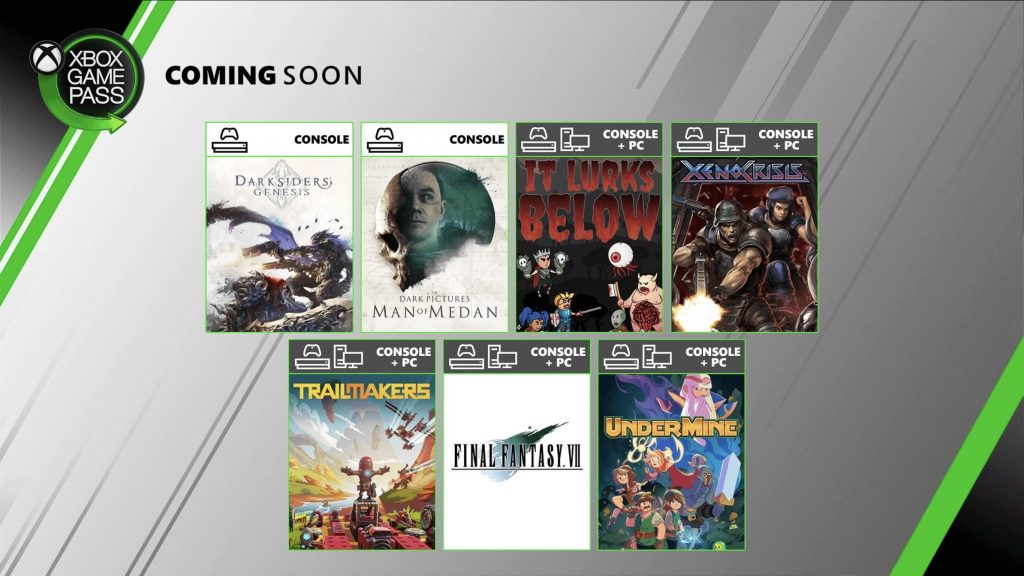 While it’s exciting to see major titles such as Man of Medan, Battletoads, Tell Me Why, Final Fantasy VII and Flight Simulator join the service, an equal number of large games are also set to leave Game Pass on the 14th of August. So if you have yet to play these titles, make sure to do so as soon as possible:

KitGuru says: Which of these titles are you looking forward to the most? Have you played Final Fantasy VII? What do you think of this month’s offerings? Let us know down below.