The battle royale phenomenon Fortnite has managed to maintain its popularity for so long thanks in part to its myriad of collaborations with other major properties. Previous collaborations have included Avengers Endgame, Batman, Borderlands, and Stranger Things, to name a few. Epic has now confirmed a collaboration with Star Wars, coinciding with the release of the Respawn developed, Star Wars Jedi: Fallen Order.

The collaboration allows Fortnite players to purchase an imperial stormtrooper skin for 1500 v-bucks (approx. £15). Players who purchase Star Wars Jedi: Fallen Order through the Epic Games Store meanwhile, will receive the Fortnite skin for free. Furthermore, a Star Destroyer can be seen off in the distance of the Fortnite Island. The Star Destroyer currently cannot be reached or interacted with.

The crossover with Star Wars is one of the smaller-scale collaborations that Fortnite has partaken in, especially with a property so big. The collaboration pales in comparison to the Avengers collab earlier this year for example, which saw not only multiple skins being offered, but an entire game mode dedicated to the crossover, with all of the major Avengers’ weapons being usable in game. 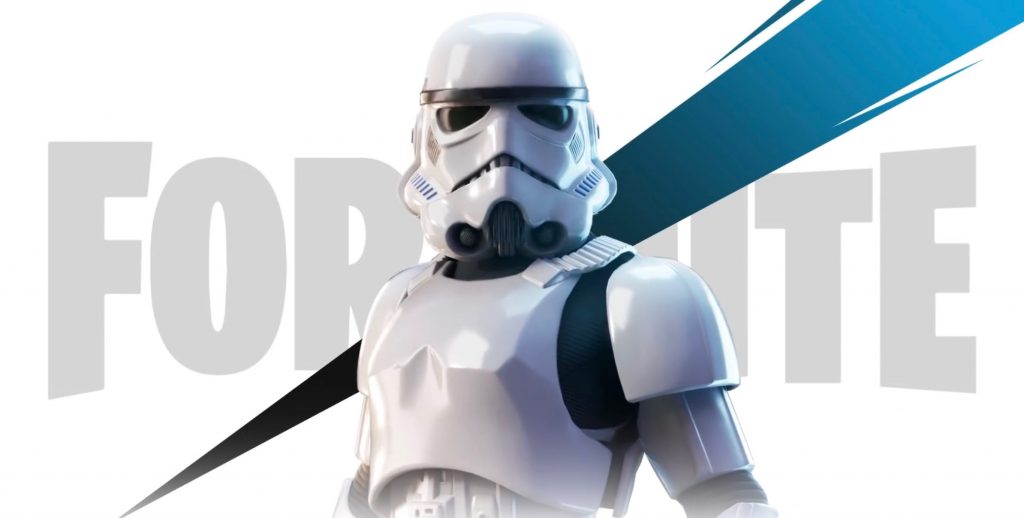 There is still hope however that this crossover is simply the first part of something bigger. The Star Destroyer floating ominously in the sky is the first clue. Secondly, the description for the stormtrooper skin lists it as being “part of the Original Trilogy set” despite only one skin being offered, suggesting more may come in the future.

With Star Wars Episode IX’s release date just over a month away, could this collaboration with Star Wars Jedi: The Fallen Order simply be an appetiser, to the main meal which is due to come with the release of Episode IX next month? Only time will tell.

KitGuru says: Are you still playing Fortnite? What do you think of the stormtrooper skin? Do you think this is the first part of something greater that is to come with the release of Star Wars Episode IX? Let us know down below.