In an interesting twist to the Battle Royale genre, Forza Horizon 4, an open-world racing game, will be adding a Battle Royale mode. The mode will see 72 cars battle it out to become the sole victor. Unlike many of the other Battle Royale titles however, you eliminate your opponents through racing. The Battle Royale mode, titled ‘The Eliminator’ will be available from today, via a free update to the game.

The Eliminator will pit up to 72 players against each other in a Battle Royale, not so dissimilar to other games in the genre. The entire map of Forza Horizon 4 will be playable (surrounded by a ring), with the ring shrinking as time progresses. Players who spend too long outside of the ring will be eliminated.

The main way to eliminate other players is by racing them. When in the vicinity of another car, either you or your opponent can trigger an impromptu race, where the two vehicles will have to drive to a procedurally generated finish line, equidistant from both players. By winning the race, the loser is eliminated, and you get the option to either level up your vehicle, offering faster speeds and better control, or to swap cars with your defeated opponent. 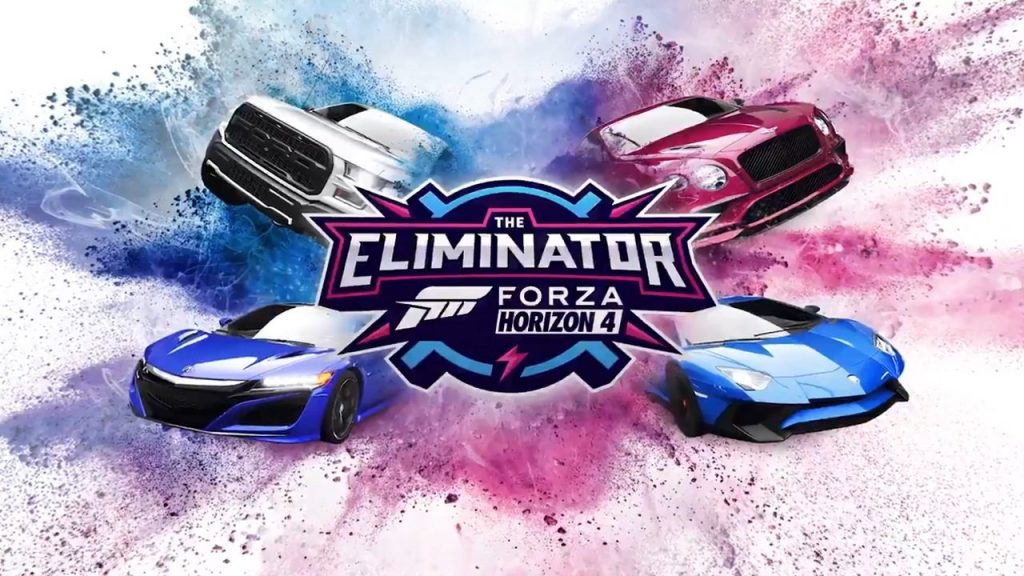 All players will start with the same vehicle (a Mini Cooper), but upgrades are scattered across the map. When the player count has been reduced to 10 players, a final race is triggered, where all 10 vehicles must compete to become the victor.

The Eliminator will be available in a free update to the Microsoft-published racing title, later today. While many shooters have been adding Battle Royale modes in the last few years, Forza’s spin on the genre is helping keep the genre interesting, adding twists that were perhaps previously unconsidered.

KitGuru says: What do you think of The Eliminator? Will you be checking it out? What is your favourite Battle Royale game? Let us know down below.