Virtual reality has allowed the gaming industry to offer wholly unique and new experiences for players to enjoy. Two of PC’s best VR titles include GORN, a goofy gladiatorial combat game, as well as The Walking Dead: Saints & Sinners – a free roaming survival horror adventure based in the world of the popular ‘Walking Dead’ franchise. Both of these games are now confirmed to be coming soon to PlayStation’s VR platform – with Saints & Sinners shadowdropping onto the system.

GORN is best described as “a ludicrously violent VR gladiator simulator”. Developed by Free Lives, known for Broforce and Genital Jousting, GORN pits you against a number of enemies in an arena with the main goal being to simply survive. Utilising a “unique, fully physics driven combat engine” players can fight and kill enemies in infinitely unique and wacky ways. GORN received high praise from critics upon its release on PC last year, and has now been confirmed to be coming to PSVR on the 19th of May. 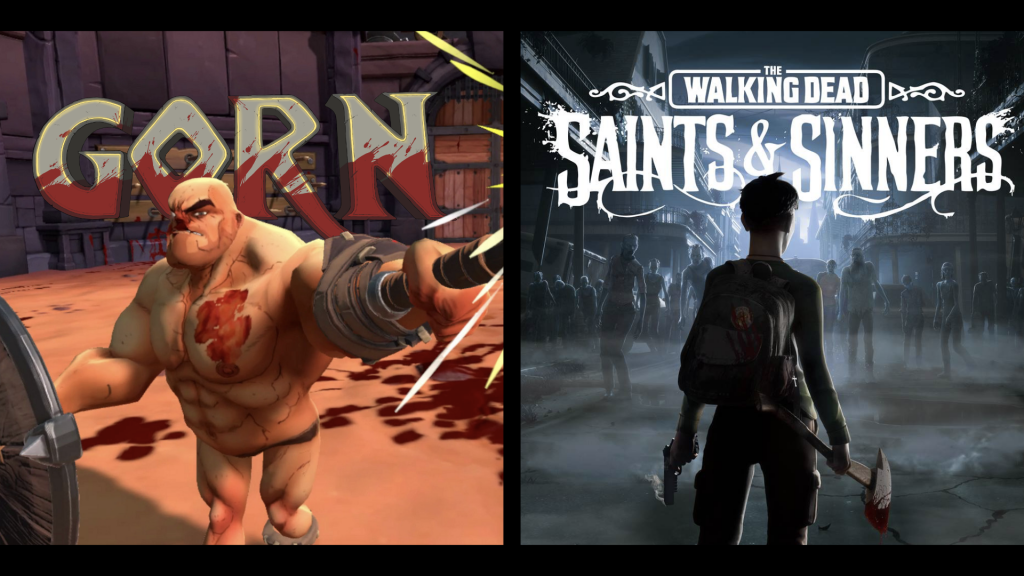 The second major VR title coming to the platform is The Walking Dead: Saints & Sinners. Developed by Skydance Interactive, Saints & Sinners has you “travel through the ruins of walker infested New Orleans as you fight, sneak, scavenge, and survive each day unraveling a city wide mystery within the iconic quarters”. Featuring a free-roam environment, spatial audio, and tough moral choices, the VR title received a positive reception from both critics and fans alike when it initially released on PC earlier this year. The Walking Dead: Saints & Sinners shadowdropped onto PSVR and is available right now for £28.99.

Though VR may have had a slower start than initially predicted, the platform is slowly but surely filling up with a number of high quality titles for early adopters of the peripherals to enjoy.

KitGuru says: Do you own a VR headset? Do you think VR is the future of gaming? What’s your favourite VR title? Let us know down below.