Horizon Forbidden West and Miles Morales are coming to PS4

While Sony has previously stated that the console manufacturer believes in console generations, it is clear that they are not quite ready to leave their fanbase of 110+ million PS4 owners behind. Following the conclusion of the most recent PlayStation 5 showcase event, Sony confirmed that two of the company’s most anticipated titles – Horizon Forbidden West and Spider-Man Miles Morales – will also make their way onto the PlayStation 4.

Commenting on the PS4 version of Miles Morales, Insomniac Games’ Community Director stated “we know that some of you may transition to PS5 at different times, which is why it was important to us to release the latest title in the Marvel’s Spider-Man universe on both consoles.”

He added that “Marvel’s Spider-Man: Miles Morales also supports a next-gen upgrade path, so even if you aren’t ready to upgrade to PS5 just yet, there’s nothing stopping you from buying the PS4 version and enjoying the game alongside everyone else at launch. While it doesn’t have the enhancements made possible by the console in the PS5 version, the game still looks beautiful on PS4 and PS4 Pro, and you can rest easy that when you do make the jump to PS5, the game comes with you.” 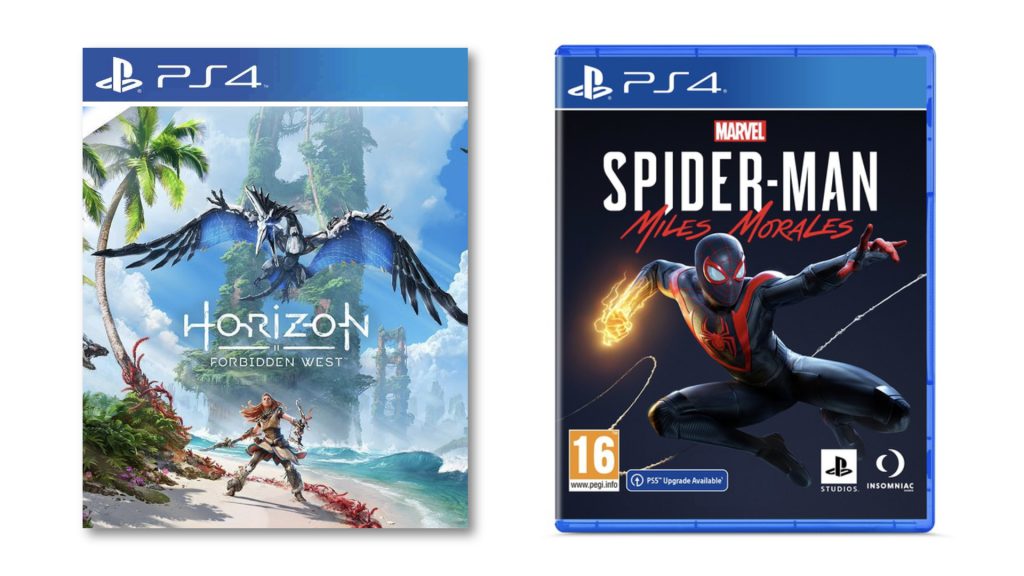 It was also confirmed that Horizon Forbidden West, which currently only has a release year of 2021 “will also launch on PS4, with PlayStation adding that “While these games were designed to take advantage of PS5 and its unique next-gen features like the ultra-high-speed SSD and DualSense controller, PS4 owners will also be able to enjoy these experiences when they launch. The PS4 digital versions of launch games include a free upgrade on both PS5 consoles, while the PS4 disc versions of these games include a free upgrade on the PS5 with Ultra HD Blu-Ray disc drive.”

Though some may be disappointed that these games could in theory be held back by their current-gen counterparts, this is nothing but good news for all 110+ million PS4 owners who do not plan on upgrading any time soon.

KitGuru says: What do you think of the fact that both these titles will be coming to current gen? Is this a good move? Or is it holding next-gen back? Let us know down below.