Call of Duty has historically been known for its 6v6 gameplay taking place on relatively small maps. As video game hardware has gotten better however, and the shift towards larger scale combat has become the norm, Call of Duty Vanguard is looks to be introducing a large-scale war mode next season.

Season 2 of Call of Duty Vanguard is set to go live on the 14th of February and will bring with it a whole slew of new items, cosmetics, maps, weapons and more. Ahead of its release, Activision has given fans a small look at some of the new content, but a report by ‘ZestyLeaks' has blown the doors wide open. 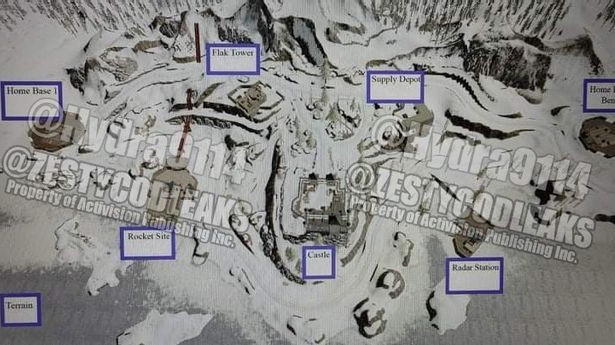 The most exciting detail in the leak pertains to one of the new maps, which looks to be much larger than any other map currently in the game. While nowhere near as big as a battle royale map, its size, and the fact that the map may feature tanks, suggests that this new area will be introduced alongside a reintroduced ‘Ground War’ type mode with dozens of players on the battlefield.

KitGuru says: What do you think of this leak? Are you excited for season 2? What can Activision do to justify the price of Call of Duty Vanguard while also supporting Warzone? Let us know down below.