NieR Replicant’s remaster may be coming to the Switch

NieR: Automata took many by surprise when it first launched back in 2017. Since then the game has gone on to sell far beyond Square Enix’s expectations, bringing a new set of eyes onto the franchise. In the wake of this success a remaster/remake of the original NieR game was announced to be coming in 2021. While only officially announced for PS4, Xbox One and PC, the game may also find its way onto the Nintendo Switch.

In a listing by Amazon France, NieR Replicant ver 1.22474487139… is reportedly set to be coming to the Nintendo Switch. The game ‘s release date is set as the 23rd of April 2021, which is the same day as the officially announced versions.

It is worth noting that Amazon France does not have the most accurate track record when it comes to game listings. While retailer listings are often a good indicator for games to come, Amazon France has seen a number of mishaps in the past, which saw the website announced God of War, Bloodborne, and many other PlayStation exclusives for PC. 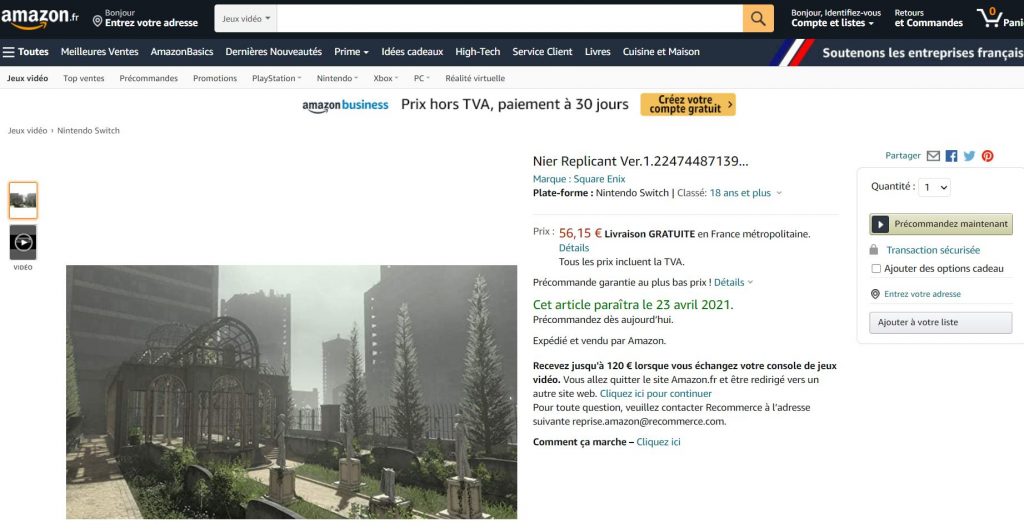 That being said, NieR Replicant ver 1.22474487139… coming to the Switch isn’t entirely impossible. When NieR: Automata first launched, it was only available for PS4 and PC. Thanks to its success however, the game was later ported to the Xbox One. As can be seen with the remaster, Replicant is set to launch day-and-date on the Xbox, showcasing Square Enix’s renewed confidence in the series.

Furthermore, while NieR: Automata was developed for PS4,  NieR Replicant ver 1.22474487139… is based on a PS3 title, meaning that in theory, the Switch should be able to handle it, perhaps with a 30fps target instead of 60. Either way, it’ll be interesting to see what fans of Automata think of Replicant when it launches at least on PS4, Xbox One and PC on the 23rd of April 2021.

KitGuru says: Are you excited for NieR Replicant? Would you like to see it come to the Switch? Do you think this listing is true? Let us know down below.