It’s not often that Nintendo chooses to put its biggest and most successful titles on sale, so when they do, it’s always worth taking a look. Currently, the Nintendo eShop is having its 2020 Blockbuster Sale, offering up to 75% off of some of the Switch’s biggest titles, including Fire Emblem: Three Houses, Super Mario Maker 2, and Dragon Ball FighterZ.

From the Nintendo published titles, the console manufacturer is giving 33% off of some of its biggest 2019 games. Both Fire Emblem: Three Houses and Super Mario Maker 2 are a third off of their retail prices, allowing you to obtain these highly rated titles for £33.29. Other games receiving a similar treatment are 2017’s Super Mario Odyssey and Xenoblade Chronicles 2, both of which also go for £33.29.

For those who want to relive some of their childhood gaming memories, both Spyro Reignited Trilogy and Crash Bandicoot N. Sane Trilogy are 50% off, allowing you to net the remakes of these classic 3D platformers for £17.49 each. 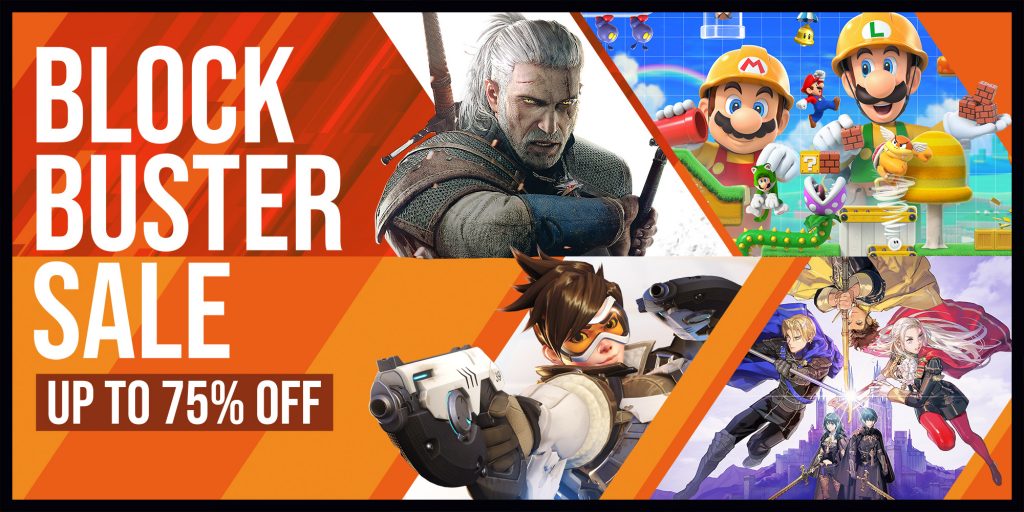 The Nintendo Switch has become a home for impressive conversions of some of the most popular fighting games. One of these is Dragon Ball FighterZ. Developed by Arc System Works, this 2D anime-style fighter is the most visually accurate conversion of the anime to date, and is currently 70% off, allowing you to nab this award-winning title for just £14.99.

Lastly, if you’re looking for some multiplayer fun, look no further than Puyo Puyo Tetris. This mashup of these two classic titles sees you switching back and forth as you try to defeat your opponents both locally and online. With a single-player adventure mode to boot, there’s no reason not to hone your puzzle-solving skills, as Puyo Puyo Tetris is currently 70% off, at £10.49.

These are but a few of the almost 100 titles which are currently on sale. Be sure to check them all out soon, as the Blockbuster Sale will only be running until the 1st of March. The full list of titles on sale can be found HERE.

KitGuru says: What do you think of the Blockbuster Sale? Will you be picking any games up? What’s your favourite 2019 Nintendo game? Let us know down below.