Ubisoft recently held its quarterly financial call, and one of the most interesting pieces of information to come from the publisher was the news that the first-person tactical online shooter, Rainbow Six: Siege had officially amassed over 55 million registered players. The shooter, which originally released in 2015, continues to be supported by both Ubisoft and fans, as it enters its fourth annual ‘Six Invitational’ esports tournament.

Rainbow Six: Siege is the most recent game in the Rainbow Six franchise. Originally released in December 2015, the shooter initially received less than a perfect reception, with critics highlighting a lack of content as one of the major issues. Since then however, the game has gone from strength to strength, receiving new content on a regular basis, with the title currently on its 16th season.

Reviewers have since gone back to rectify review scores, with critics generally agreeing that the game has seen a number of improvements since its initial release. Most recently, the game was nominated for ‘Best Ongoing Game’ at the 2019 Game Awards. Announced at the financial call, and reported by Forbes, Yves Guillemot highlighted Rainbow Six: Siege as one of the third fiscal quarter’s strongest performers. 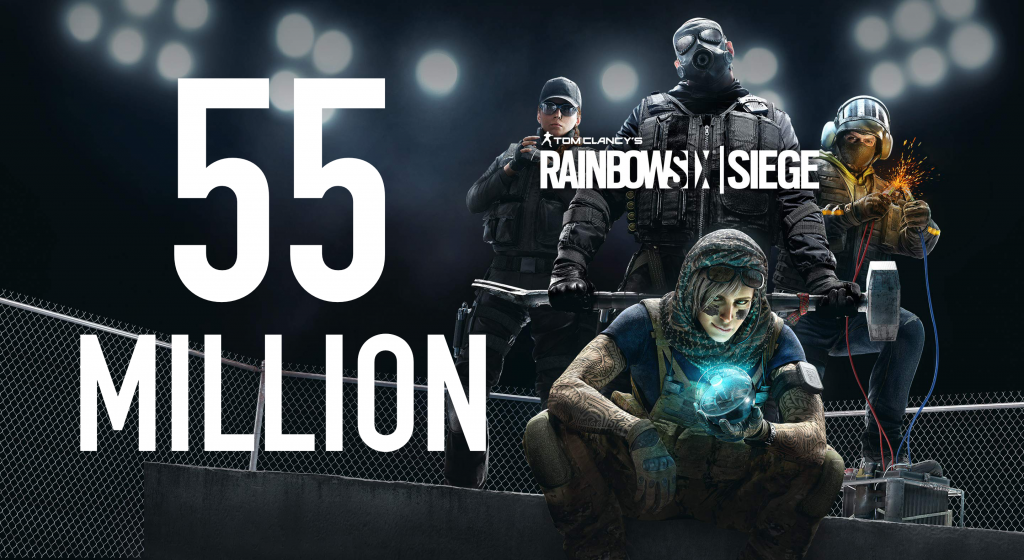 55 million registered players puts Rainbow Six: Siege in similar standing with another major team-based online shooter – Overwatch, which most recently was announced to have reached 50 million players. It is worth noting that Ubisoft specified that total player count reached 55 million registered users, as opposed to 55 million copies being sold. This means that of those 55 million, any who played during one of the many free trial weekends that Ubisoft have hosted over the years, counts towards the total player count.

Still, it is impressive nonetheless to see that after over 4 years on the market, interest in Rainbow Six: Siege remains high. It’ll be interesting to see how the game is affected come the release of Rainbow Six: Quarantine. Whether Quarantine will boost, or act against Rainbow Six: Siege, only time will tell, but until then, it would appear as though both fans and Ubisoft are very much happy with the state of the Rainbow Six franchise.

KitGuru says: What do you think of Rainbow Six: Siege? Are you surprised to see it performing so well all these years later? What’s your favourite ‘games-as-a-service’ title? Let us know down below.