Rocket League most likely represents one of the greatest indie success stories of the current generation. The rocket-powered competitive “Soccar” game which was released in 2015 has come a long way. As the sports title hits its 5th anniversary, the studio, Psyonix, revealed a number of lifetime stats and figures – including the fact that Rocket League has surpassed 75 million players.

Announced on its blog, Psyonix Team thanked its fans, saying “the five years between Rocket League's launch and today have flown by like they just picked up a corner boost. To say we at Psyonix are thankful for the community's continued support is an understatement. We know Rocket League wouldn't be where it is today without your unparalleled passion for Soccar, and what you've accomplished in-game is simply unbelievable.”

Alongside this, the studio revealed its 2020 infographic, reflecting on the past 5 years of Rocket League. Perhaps the most interesting statistic was the fact that the “Soccar” game has exceeded “75 million players”. What this means exactly is unknown – whether it’s 75 million copies sold, or 75 million registered accounts. 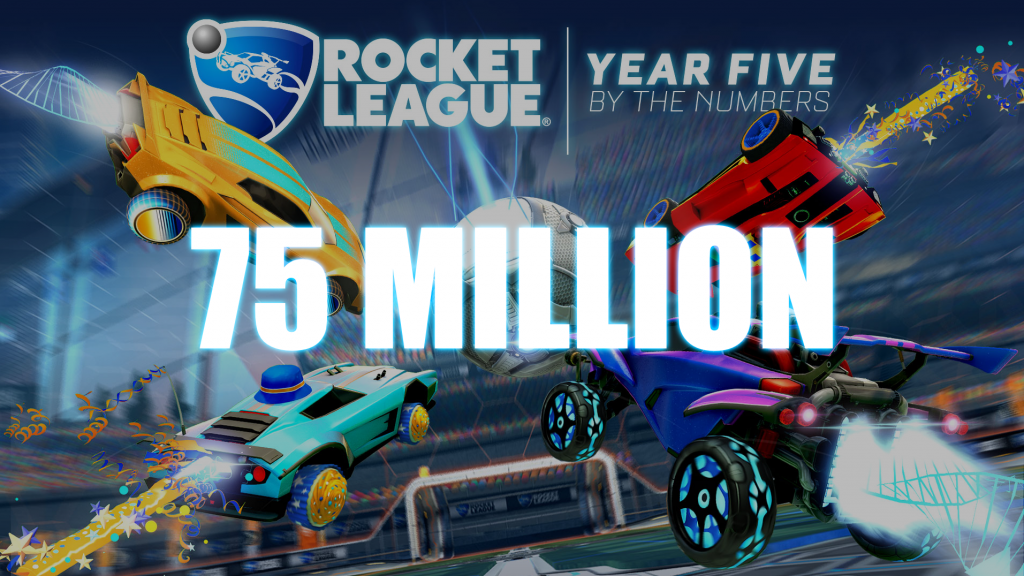 Either way, despite the fact that the game launched on PlayStation Plus giving it an injection of players from the get go, the game’s success is undeniable, and the 75 million figure is a large one in any context. Rocket League reached 50 million players in September 2018.

Other interesting stats include the fact that during the past 5 years over 5 billion matches have been played, with over 29 billion goals being scored – an average of 5.8 goals per game. The team concluded by saying “from all of us at Psyonix, thank you for being a part of this amazing journey. Here's to five more years!”

KitGuru says: What do you think of Rocket League? How many hours have you played of the ‘Soccar’ title? What’s your favourite competitive sports game?