The Division franchise has quickly become one of Ubisoft’s most recognisable properties ever since the launch of the first game in 2016. Since then, both games have received years of new content, with The Division 2 even seeing this content extended thanks to “fan support”. Despite only 2 games having been released so far, Ubisoft has now announced that the franchise has surpassed “40 million unique players.”

In a blogpost discussing the future of The Division 2, Ubisoft revealed that “We are thrilled to announce that The Division franchise has reached over 40 million unique players! We wanted to take a moment to thank you Agents for your continued support and passion for the games we create. The release of the Warlords of New York expansion in March 2020 also saw the highest monthly active users for The Division 2.” 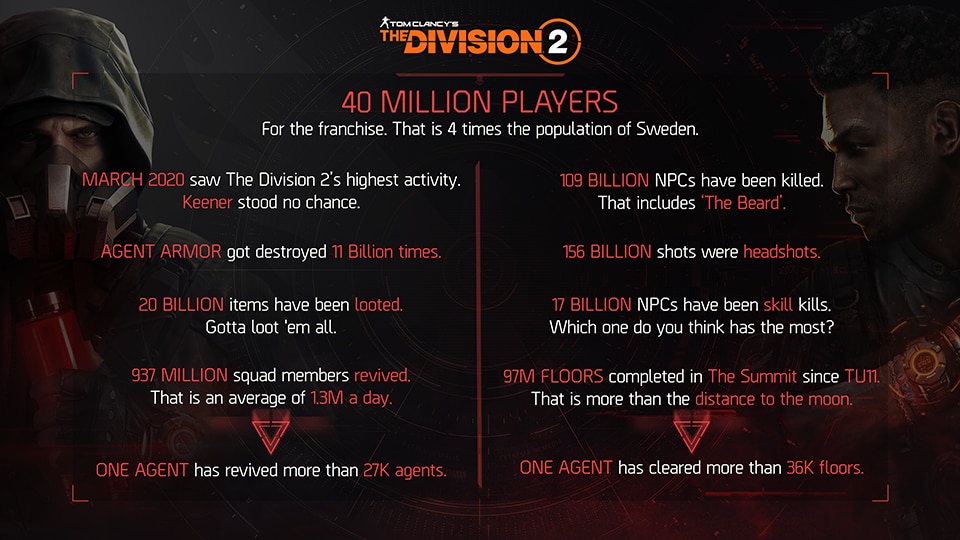 Ubisoft rarely comments on the precise number of copies sold, instead opting to focus on the number of ‘players’. While seemingly similar, there is a slight distinction between the two terms. In order to play The Division, all players must create a Ubisoft account, This remains the case even if players are simply trying to access the many free trials which Ubisoft has hosted of the years for these games.

While it is possible that The Division franchise has sold over 40 million copies, it is more likely to be factoring in all of those players who participated during free trials. Similarly, the company recently reported that Rainbow Six: Siege had surpassed 70 million players. Regardless of how many copies have actually been sold, there is no denying that The Division franchise is a success, and will most likely lead to a 3rd entry in the series being developed.

KitGuru says: What do you think of The Division? What is your favourite Ubisoft franchise? Do you play live service games? Let us know down below.