Google has been one of those companies that for a long time seemed to have been fighting the good fight and not cow-towing too much to media lobbyists and pressure from copyright holders to make accessing sites that feature pirated (and legitimate) content harder, however that seems to be changing in recent months. Most recently, Google has now banned a handful of torrent search extensions from its Chrome store, under the pretence that they make it easier for people to access unauthorised content – despite the fact that Google’s own search functions do the same thing.

“We don’t allow products or services that violate third-party terms of service, or products or services that encourage, facilitate, or enable the unauthorized access, download, or streaming of copyrighted content or media,” Google said in a letter to infringing extension creators. It’s not clear if the motivation behind this is pre-emptive, or if Google is simply reacting to concerns pushed upon it by groups like the MPAA and RIAA. Of course there’s also the possibility that some sort of convoluted pressure is coming from the NSA or other government organisation, but due to the gag order imposed on tech firms in their dealings with the US government, we’ll never know about it if that is the case.

The decision to remove these search extensions seems very hypocritical, since Google’s own search tool provides links to almost every torrent link under the sun, despite the DMCA requests that copyright holders and lobbyists continue to bombard the search engine provider with. Indeed, Google has always seemed somewhat disdainful of the requests, making them public in order to show the sheer number it has to deal with. However over the past year it has begun to bend to pressure and block search results for specific terms like Pirate Bay, though there are still hundreds if not thousands of other applicable searches that work without issue.

KitGuru Says: It’s a shame Google went down this route, as not only does it look like a hypocrite, it bodes poorly for other tools that use Chrome extensions, since blocking pirated content is now more important that improving access to legal content. 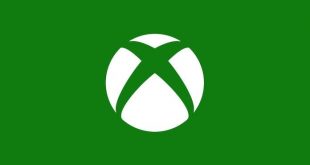