MegaUpload server failure potential a cause for concern

Close to five years on from the seizure of the MegaUpload servers following the arrest of site founder, Kim Dotcom, millions of users from all over the world still don't have access to their data. Since the hosting company which currently stores the hardware has suggested the drives within them could begin failing soon, some of those MegaUpload customers are desperate trying to recover their files.

Kyle Goodwin has been at the forefront of retrieving MegaUpload data for several years now. One of the many who lost gigabytes of personal and professional data when the seizure took place, he's partnered with entities like the Electronic Frontier Foundation and Stanford's Hover institution, to try and petition the courts to help. To date, he's been unsuccessful, but he's never stopped trying.

This week his legal team once again asked the courts to help recover his data, backing up his repeat proposals over the past few years. Despite the initial filing back in 2012, Goodwin's proposal to the court is still said to be pending. He's now urged it to rule on it as soon as possible, due to the potential for data to be lost due to hardware failure.

“The Department of Justice should avoid elevating Hollywood interests over consumer interests and do the right thing for consumers like Kyle Goodwin who wants access to youth soccer videos he stored in the Megaupload cloud,” said head of Kim Dotcom's legal team, Ira Rothken, in a statement to TorrentFreak.

KitGuru Says: It's crazy that customers haven't been able to retrieve their data. This is the equivalent of the police impounding a courier's truck because the owner used it for some allegedly nefarious purpose, only to deny all customers the right to retrieve their packages from within. 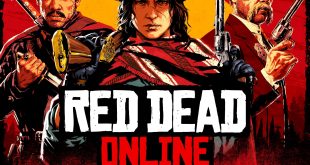 The release of GTA V’s Online mode was met with an overwhelming amount of success, …