While today was supposed to be a triumphant one for the European Space Agency (ESA), with the Schiaparelli lander set to touch down on Mars' surface, it's turned out to be anything but. The ESA lost contact with the lander a minute after its parachute opened, around one kilometre up from the surface and no contact has been made since.

Schiaparelli was designed to test landing technologies for a future 2021 mission to the red planet, utilising a heat shield, parachute and retro-rockets to slow its decent. Designed to only last a few days on its non-rechargeable batteries, the Schiaparelli was not intended for a long mission and isn't equipped with manoeuvring thrusters or wheels. Its loss however, is still a blow to the ESA.

It appears from telemetary data that the parachute may have been discarded too early, preventing the lander from slowing enough before touching down. On top of that, the retro rockets are said to have fired for too short a time (three to five seconds, rather than 30), suggesting that the impact on the Martian surface would have been far too hard, potentially damaging equipment and making it hard to get in touch with the stranded lander. 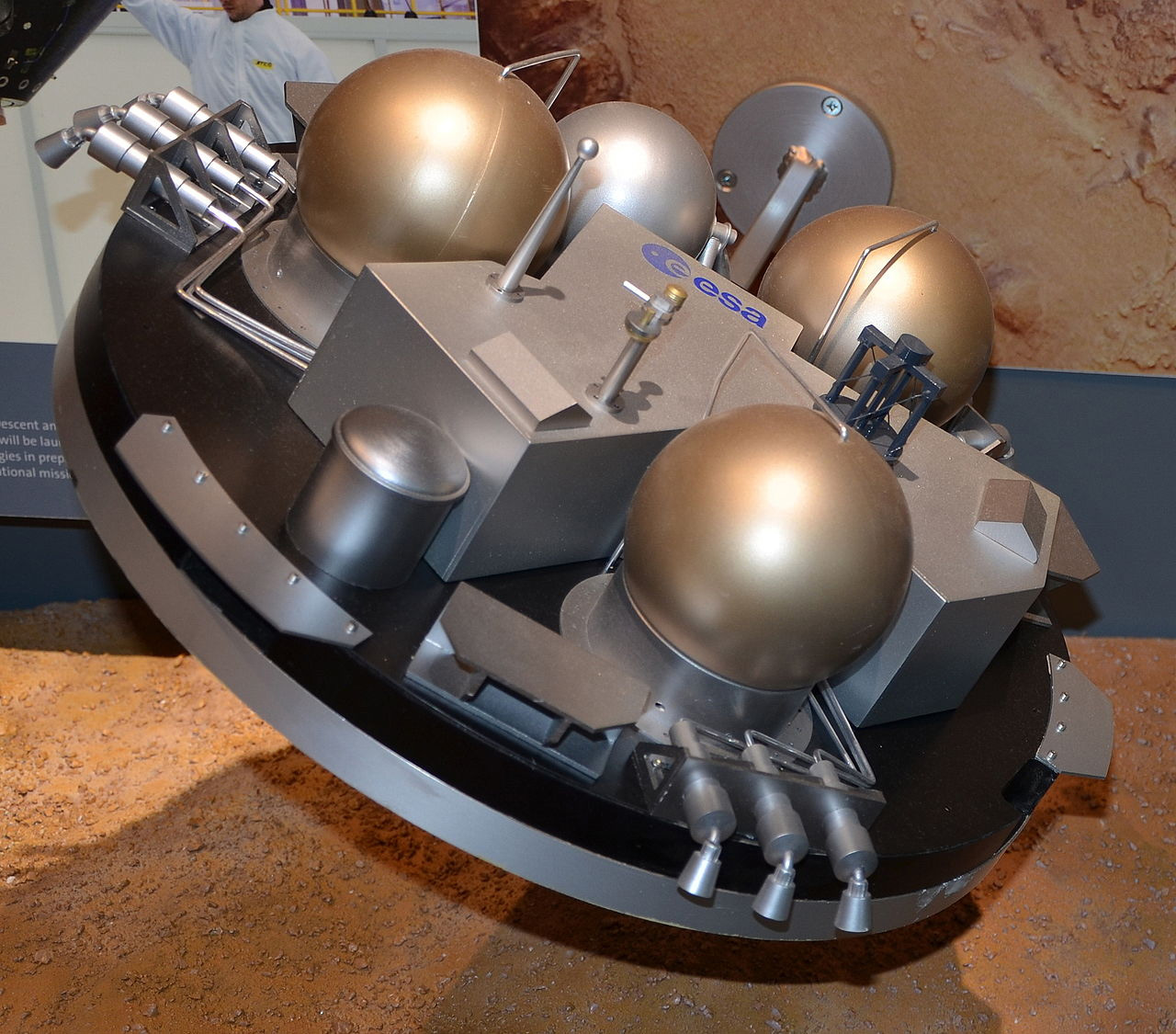 Model of the Schiaparelli at the 2013 Paris Air Show. Source: Pine/Wikimedia

For now though, while not hopeful, the ESA isn't ruling out that the Schiaparelli made it to the surface intact. To confirm its current status, it is putting together a velocity profile to try and estimate what sort of impact it could have received with all factors considered (as per the BBC).

As a backup, a U.S. satellite currently orbiting Mars will be used to try and image the landing site. However getting a good picture of the lander may be difficult, due to its small size.

If it does turn out that Schiaparelli has been destroyed, it will echo the last time the ESA attempted to land hardware on Mars. Back in 2003, the Beagle 2 was lost shortly after touching down on the red planet, in what is presumed to be a partial failure of solar panels to deploy, which in turn prevented the radio antenna from deploying also.

It could also put the future 2021 rover plan in jeopardy, as Schiaparelli was supposed to be a test of landing technology for that future mission. Justifying the budget for such a design when this one failed won't be easy.

KitGuru Says: After the last couple of years' solid successes in space faring, it's a shame to lose something that made it all the way to the surface of the planet, simply because a couple of timing issues didn't slow the craft enough. Fingers crossed Schiaparelli is just playing hide and seek really well and gets in touch soon.