The Megaupload saga that has unfolded in recent days appears to have sent ripples of fear through cyberlocker services across the globe. Very shortly after Megaupload was shut down and several principals arrested, there is a wave of other 3rd party file sharing web sites either making drastic changes to their policies, or even shutting shop altogether.

Filesonic was quick to pull the plug on its public file sharing service soon after Megaupload takedown, and others have sinced begun following suit including the likes of Fileserver, Videobb, Videozer, Filejungle, Uploadstation, Uploadbox and Filepost.

Other sites are are really tightening up the hatches with reports of some users’ files being deleted and select accounts being closed off altogether.

It looks like there will be a few left standing without concern however, such as Yousendit and Mediafire who remain true to their more law abiding conditions.

Kitguru says: Does this spell the end for 3rd party file sharing or are we just witnessing a temporary group of dogs with tails between their legs? 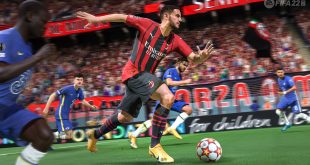 While EA as a publisher is responsible for a wide variety of games, its sports …