Google’s “Make the Web Faster” team has a bold new plan, with the goal being to turbo boost the internet.

What these speed junkies have proposed is a number of changes to TCP (Transmission Control Protocol) which is the ubiquitous Internet protocol that is used, but by no means limited to delivering HTTP and HTTPS data across the net.

The goal would be to reduce latency between client machines and servers. Google says it can increase the amount of data used to initiate a TCP connection which would result in a decreased timeout from three seconds to one. It would also be looking to consolidate packets using its new TCP Fast Open protocol and adopt a better algorithm that would better manage network congestion. The other point of focus is to develop algorithms that make TCP recover better when used on mobile networks.

The upside to all of the above is that the changes would be backwards-compatible as well as being open source; the downside is there’s no way to speed up ratification and deployment, so it could be quite a while before it all goes into solid motion.

Kitguru says: We all have the need for speed. Make it happen Google! 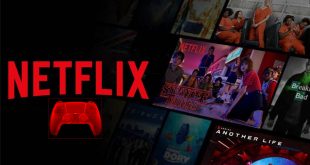 Netflix will not charge users extra for game streaming