We have been hearing about the upcoming ‘Gaming Mode’ for Windows 10 for just over a week now. Since then, there has been some speculation and some confusion as to what exactly this new mode will do but fortunately today, Microsoft finally gave us some answers and set the record straight on a few things. Firstly, Game Mode won’t just be restricted to UWP apps, it will also help boost performance for traditional games as well. We also have some better insight into how the system works.

Microsoft has been fairly vague about Game Mode since first confirming its existence. All the company would say is that it aims to “optimize your Windows 10 PC for increased performance while gaming”, which doesn’t really explain much. However, during an interview with PCGamer, some more light was shed on the subject. 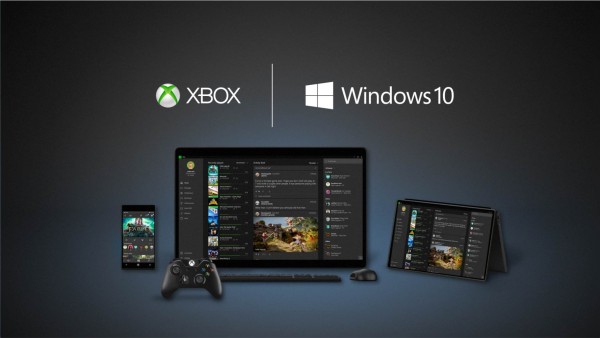 “Game Mode will work both with UWP games as well as Win32-based games. I will say that it’s likely that we’ll be able to eke out a little bit more performance on the UWP side with some games, essentially because of the way Win32’s architected vs. the way UWP’s architected. Specifically, there’s no way at the platform level to really know where a game starts and stops. You could have a number of Windows services running, we don’t know if that’s part of the game or not, that the game’s calling into. UWP is more of a contained package, and you know where it starts and stops. Knowing what the contained package is may be of some extra benefit, may be slightly better than Win32 from a performance perspective. But no question, Game Mode can see huge performance benefits for both Win32 and UWP.”

Game Mode focusses on both CPU and GPU performance. When you run a game, a percentage of your resources are going towards background processes, which can be tweaked at the platform level, dedicating more of your machine’s power to the game running in the foreground.

Optimisation on the CPU side is a bit more involved. For the CPU, Microsoft is hoping to reduce thread contention, which is essentially what happens when every process on your PC is trying to use up resources to complete tasks: “Depending on your machine configuration, what software you have running on the machines, what system services you have running, you could have threads running across all your cores. And then when you have a game running on top of that, depending on how the game is architected, sometimes those threads can contend from a resource perspective with what’s going on in the system. So essentially what we’re doing with Game Mode is allocating a number of threads that will be for the game only, and the rest of the threads for the system only.”

Windows 10’s Game Mode will be available to Windows Insiders from tomorrow onwards and will be pushed out to all users as part of the next big update in April.

KitGuru Says: Windows 10’s Game Mode does more than initially expected and Microsoft is promising noticeable performance gains. With that in mind, it will be interesting to see some tests once this feature is out there and useable.