Windows 11 will get Android app support after launch

Today, Microsoft announced that Windows 11 will be launching on the 5th of October. Unfortunately, at least one of the operating system's big features won't be available at release. While support for Android apps is planned, the feature is still some ways away from being implemented.

Over on the Windows blog, Microsoft's GM of Windows marketing, Aaron Woodman, confirmed that Android app support will be coming to Windows 11 at a later date, saying: “We look forward to continuing our journey to bring Android apps to Windows 11 and the Microsoft Store through our collaboration with Amazon and Intel; this will start with a preview for Windows Insiders over the coming months.” 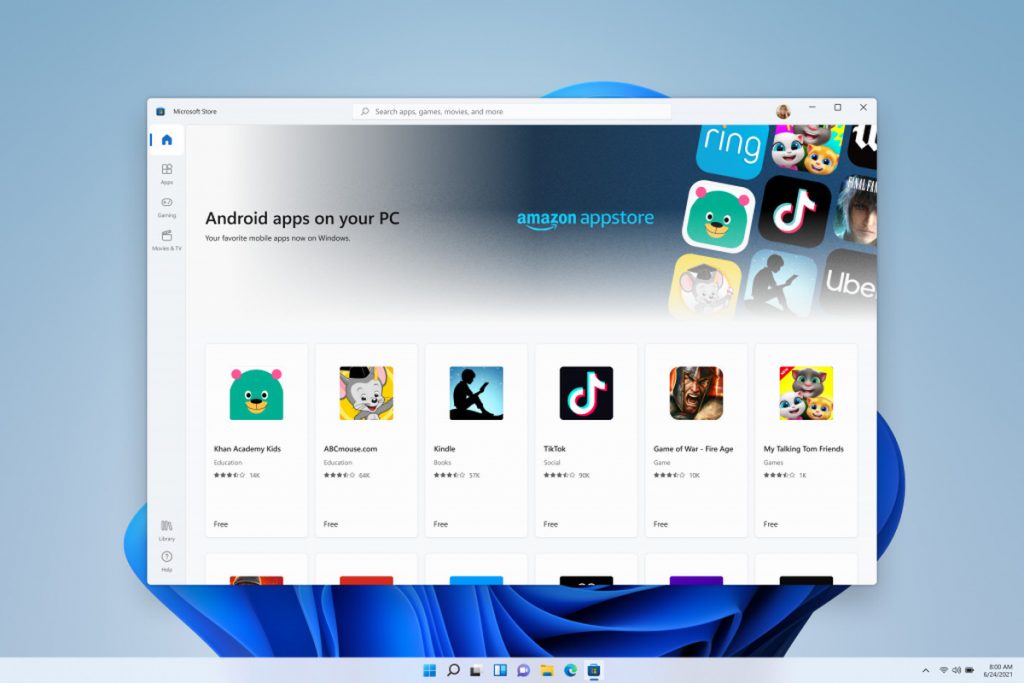 Windows 11 will offer Android apps through the Microsoft Store, and side-loading will also be possible. The feature will be made available to Windows Insiders first for testing, before rolling out to all users later down the line.

Windows 11 will be launching on the 5th of October, so chances are, Android app support will be coming to the platform in early 2022. Windows 10 users will be able to begin upgrading to Windows 11 on that date, with newer eligible systems getting the upgrade first. Currently, Microsoft expects the Windows 11 upgrade rollout to complete by mid-2022.

KitGuru Says: While it is a shame to see this feature missing at launch, we'll still get to see it in action this year through the Windows Insider Programme.