Apple may use fifth amendment to block iPhone hack request

Apple is bringing out the big guns in its dispute with the FBI and U.S. court system over a request to hack the iPhone of one of those behind the San Bernardino attacks last year. It's now citing the first amendment, claiming that forcing Apple to write code was akin to forcing it to say something on the government's behalf. It may also wield the fifth amendment, stating that the FBI was trying to conscript its employees without due process.

The battle over whether Apple should comply with the court ordered weakening of a particular iPhone's security has drawn arguments from both sides of the fence. Some, like Bill Gates and Mark Zuckerberg have suggested Apple should comply in aiding attempts to prevent terrorist actions, while others have sided with Apple and CEO Tim Cook, stating that it would harm the privacy and security of all iPhone users around the world.

Ultimately though it will depend on more than just support from various camps to decide on the outcome of this legal brawl. Apple is looking to wield some of the most powerful legislative weapons in its arsenal to win, citing the first amendment and possibly fifth in its defence. 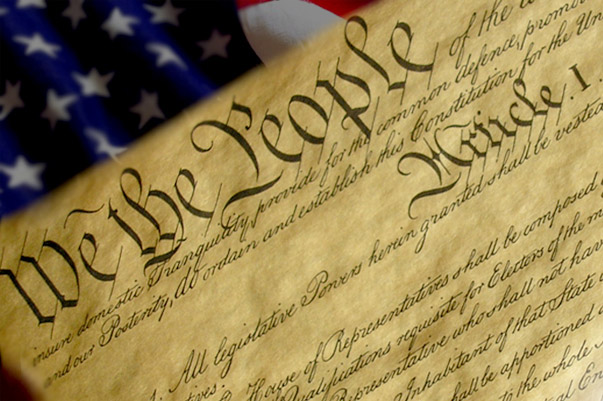 The former pertains to the fact that Apple believes writing code is akin to speaking or writing something. In a similar manner to how the government cannot force a journalist to write an article, it claims the FBI should not be allowed to force it to write code, whether a court order is achieved or not (as per Ars).

The usage of the fifth amendment is a little less understood, as its use most often pertains to people avoiding self-incrimination through testimony. However in this case, Apple is using it to prevent its employees from being forced to commit acts on behalf of the government. Essentially, it may argue that what the FBI is doing is akin to conscription.

Although this argument hasn't been officially made by Apple, sources ‘close to the matter' claim that it will likely pursue this option. If it does, the outcome of the ruling on it will largely depend on how the court views the government's request of Apple. If it believes that it is a just one, the fifth may not go far in protecting the Cupertino company.

However unprecedented this legal argument is though, the FBI's request is also, leaving this wide open to speculation as to how it will turn out.

KitGuru Says: Apple is digging its heels in if it plans to cite some of the most powerful laws in the country to defend its position. Where do you stand on the different sides of this argument?