‘Dark mode’ has become a staple choice within user interfaces (UI) over the past year, allowing users to swap out brighter white menus for a darker grey, blue or sometimes black. Google is late to the party, but has doubled down in its Chrome 73 beta for Android, which brings with it a new ‘Night Mode'.

Most Android skins such as Huawei’s EMUI, OnePlus’ OxygenOS and Samsung’s One UI already offer a version of ‘dark mode’ in their settings, sometimes under a different name such as ‘dark theme’ or ‘night mode’. While the choice is purely preference, the newfound interest in dark mode comes from its battery saving properties within mobile devices.

Following on from its efforts to bring a dark mode to desktop versions of Chrome, 9to5Google discovered that the Chrome 73 beta is Google’s first attempt at baking the feature into Android 9 Pie itself. Diving into the Developer options, the user can see the work in progress by setting the Night Mode to “always on” and observing pop-up menus within the browser. 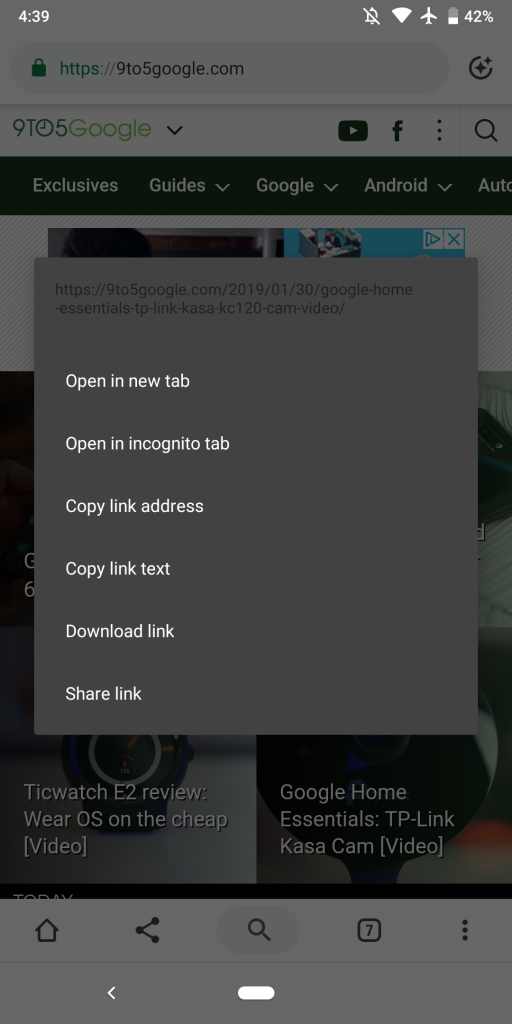 Sadly, the feature doesn’t appear anywhere else in the application just yet and some text is left illegible due to a lack of colour inversion. If Android 9 Pie’s Night Mode makes it past beta, we expect it to appear in other menus such as settings, history, downloads and the main Omnibar at the top.

Google has been working on its Night Mode for quite some time, prompting other Android apps to work on their own dark mode for a more unified experience. The feature is expected to be fully fleshed out and quite prominent by the time that Android Q rolls around.

KitGuru Says: Personally, I find dark mode significantly easier on the eyes and always turn on the feature whenever it is an option. It’s difficult not to notice the disparity between them however, from Huawei’s true black dark mode to Twitter’s off blue that’s only recently been rectified thanks to fan demand. Will you make use of Google’s Night Mode or will you only turn to it when the battery gets low?