Can SuperMicro rule the gaming and desktop motherboard markets?

Vik Malyala is the Senior Vice President in charge of Field Applications Engineering and Business Development for SuperMicro. We were lucky enough to be invited to the company's headquarters in Silicon Valley for an exclusive interview with Vik about the company's drive into new markets. With over 3,200 employees across the globe, Vik told us how they are increasing investment into engineering, their lab facilities and manufacturing capacity. Watch the video below for the full interview, as we pick out the highlights for you here.

Back in the late 90s, SuperMicro boards were a standard choice for builders who wanted to make a performance system – alongside the Quantum Fireball hard drive, Matrox Millennium graphics card and a VisionMaster 17″ CRT screen. SuperMicro's focused changed to workstations, servers and storage solutions.

We asked Vik why he wants the headache of developing consumer-space solutions in the near future. He acknowledged that this a very good question and told us that most people are using SuperMicro on a daily basis – whether they know it or not. Video distribution, cloud based systems and even some of the processors in your PC would not be possible without SuperMicro. We also learned that iMax theatres across the world utilise SuperMicro hardware to deliver a cinema experience like no other.

Gaming is all about performance, so what can SuperMicro realistically offer?

Vik explained that, currently, everything is DDR4, but this will transition to DDR5 very soon. Changes in PCI-Express will also be important, whether you are looking to add GPUs, next generation solid state drives or even to improve the overall speed/throughput of your network. Today's PCI-Express Gen-3 will give way to Gen-4 pretty soon, giving graphics cards twice the bandwidth they have today. SuperMicro is working with its partners to bring these (and other) technologies to market in a quick and stable way.

Right now, Intel Optane offers IOPS and throughput that are hard to beat from a large-scale storage device. Taking that to the next level, Apache Pass (Optane DC Persistent Memory) will begin to offer new possibilities in the enterprise space, but that too could also transition to other product lines. We’re talking about mass storage in a DIMM format, that can reduce traditional storage latencies by a factor of 100, according to Vik.

Vik told us that because everything is developed in-house, SuperMicro has complete control over every aspect of a product. Combining all of these new technologies – using what they have learned from the server/workstation markets – is what Vik calls “SuperMicro's Secret Sauce”.

But that's all Intel-based, right?

According to Vik, when AMD came back into the market with Naples and EPYC, he had the broadest spectrum of solutions available in the market on the day of launch.

Regardless of platform, Vik believes that the initiatives happening around 5G, IoT, Mission Learning and Artificial Intelligence are going to create many opportunities for SuperMicro and its entire partner eco-system. There will be devices that are close to the edge, other devices that will sit close to the core of the data centre and yet other devices that will sit in between. Each will be different, whether that’s to do with form factor, processing power or efficiency etc. None of these products will be sitting in isolation. That’s where SuperMicro’s experience in creating complete, flexible solutions comes into play. Vik told us that they are in a unique position to provide end-to-end, next-gen solutions.

Where will we see this claimed advantage in the real world?

Vik told us that many software companies are looking to take advantage of these platforms. For example, autonomous driving, where a lot of machine training needs to take place – as well as a a lot of inference – which requires a lot of GPUs. SuperMicro already has  systems that can take everything from a single GPU through to a single physical system with 16 GPUs.

These solutions have been created in close co-operation with nVidia and Intel – as well as the other technology partners who are involved in developing autonomous driving solutions. All of these need a solution that is fully vetted and one that’s based on open standards, where interoperability issues are being addressed by all the partners involved. Vik said that when an Independent Software Vendor (ISV) chooses a SuperMicro platform for this kind of mission critical application, they don’t have to spend time wondering if it will work. The guesswork has been taken out of the equation.

Data centres back in the late 80s had the air conditioning whacked up to full, all the time, trying hard to keep the ambient under 24 degrees. This is no longer the case according to Vik. We were told that as long as the processors themselves are operating within chosen parameters (for example under 70 or 80 degrees), then the ambient temperature can be allowed to go up – which makes the whole centre ‘greener'.

There is only one mother Earth, Vik explained, and we want to make sure she stays green and healthy. SuperMicro is on a mission to use less power in the data centre for the computers themselves, to reduce the need for air conditioning – and to implement a ‘Resource Saving Architecture’ which allows applications to span multiple generations/types of hardware.

It is a vision being driven by SuperMicro, according to Vik. To bring the latest technologies to market early, to reduce the environmental impact of data centres (while still allowing for the highest performance & densities) and to do all of this without breaking the client's bank.

Asked if SuperMicro could reclaim its former glories in the gaming/desktop space, Vik explained that they had created market leading products for High Performance Computing (HPC), OEM solutions and InfraStructure as a Service – so he was extremely confident about the consumer market.

He told us that in 2016 SuperMicro was thinking about the market and planning. In 2017 they started to bring new products to market and in 2018 they managed to set a new world record for performance.

“In 2019, we will put the peddle to the metal”, said Vik. “Setting the record itself showed that ‘we are here’, but it doesn’t mean anything unless we bring the right product to the customer. We’re here to make an impact”.

KitGuru says: Competing with the likes of Asus, MSI, Gigabyte and ASRock won't be easy, but SuperMicro is not new to motherboards – so this won't be a ‘launch from a standing start'. If they can bring knowledge from their server/workstation experience across to the consumer space – then it will be interesting to see some genuinely fresh competition in the gaming/performance space. 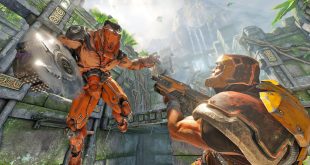